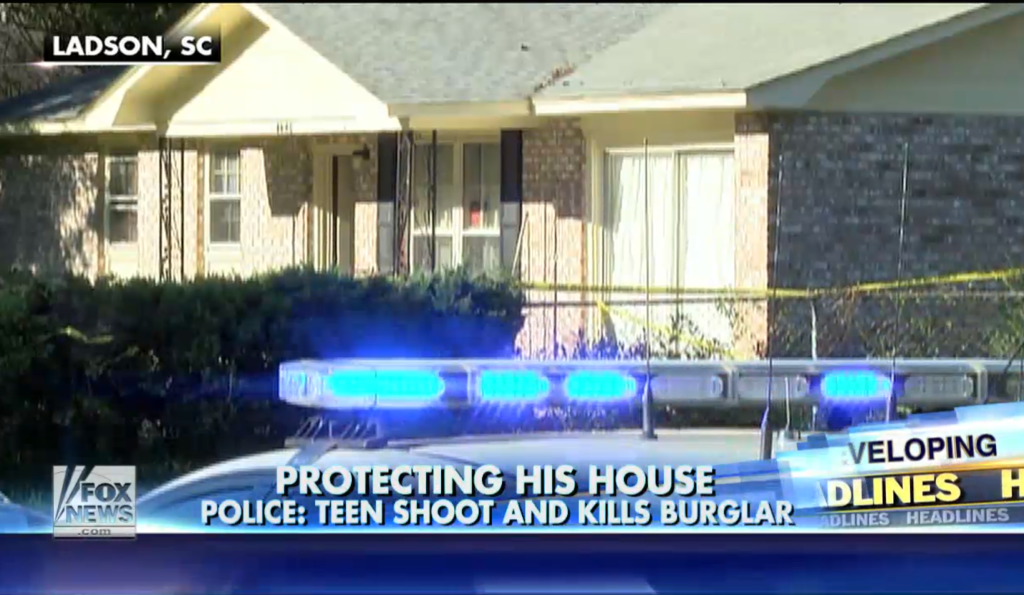 Fox Carolina reported that deputies responded to a report of shots fired at a home in Ladson Tuesday shortly before 2 p.m. EST Tuesday. When they arrived, they found the unidentified 13-year-old boy and asked him to come out of the home.

The boy said he heard a vehicle pull up behind his house, then heard someone trying get inside a few minutes later. At that point, the teen picked up his mother’s gun and went to the back door of the home.

Authorities said the boy told them he fired the gun through the door and the person outside fired back. The boy fired several more shots, apparently wounding the suspect. . . .

Children and guns, Defensive Gun Use