Two armed men break into home while mother is breastfeeding, she is wounded but shot back and caused robbers to flee 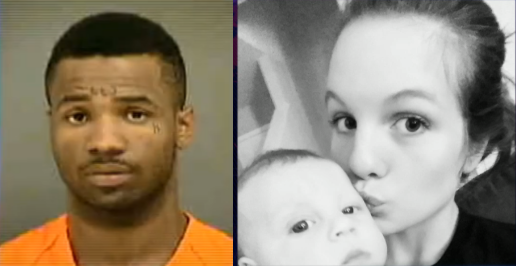 North Carolina woman defends herself from two armed men who started firing as soon as they broke into her home. They shot her twice, but she was able to keep her baby safe.

Semantha Bunce, 21, a combat medic in the National Guard, was in her Charlotte home breast-feeding her 4-month-old son in her bedroom when intruders barged in Tuesday, November 3, according to CNN affiliate WSOC.

As the intruders broke into the home and opened fire, Bunce fired back with her own weapon.

“I think it was a shock to the intruders just as much as it was to her,” her husband, Paul Bunce, told the affiliate.

Her son was unharmed in the shooting, police said. . . .

One of the two men who broke into Bunce’s home, Reco Dawkins, had a long criminal record.

Dawkins was convicted of two previous break-ins and court records showed that charges in three other break-ins in 2014 had been dismissed, including one off Wilkinson Boulevard where officers caught Dawkins and a second suspect hiding under the house. . . . .