The concern about civilians carrying guns is clearly evident in Wolf Blitzer’s voice.  Here is a transcript of the last question and answer in this interview:

Blitzer (at 1:55 into the video): Aren’t you concerned though?  It is one thing for police or military to be walking around with weapons, but it is another thing for civilians simply to be walking around with weapons, some of them may be trained some of them not so well trained.  Aren’t you concerned they might shoot before they really know that there is a danger?
Israel police spokesman: There are very strict firing orders when they are allowed to open fire, both for the Israeli police as well as citizens.  One is only allowed to fire when one is in a life threatening situation.  But, unfortunately, as we have seen in the last 10 days is sporadic attacks that have taken place in many cities around the country.  And therefore at this moment in time we have to make sure that heightened security continues, that people are walking around with their  own personal weapons, and lots of Israel national police, border police, and undercover units that are working in different areas is essential. 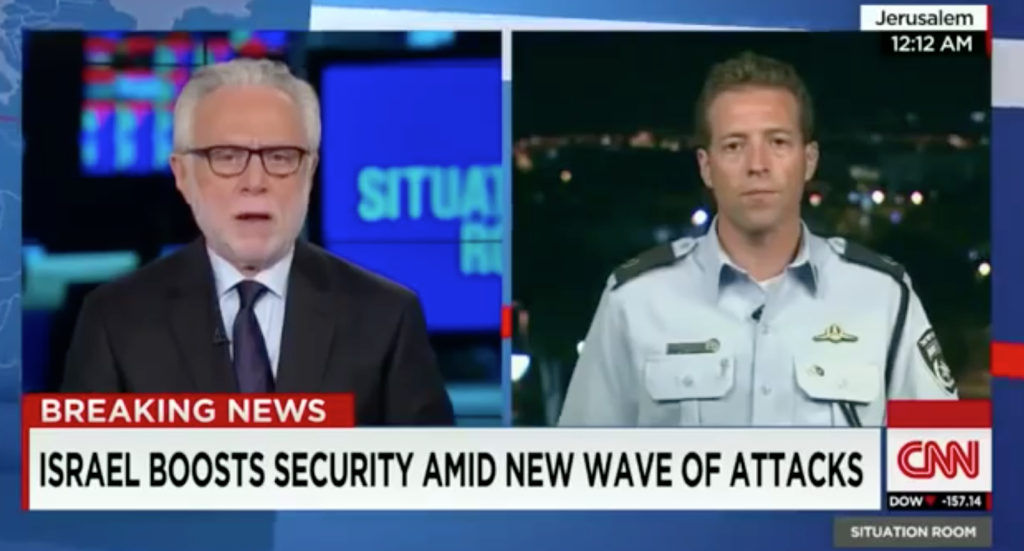 More on Israelis buying guns for protection from these assaults is available here. 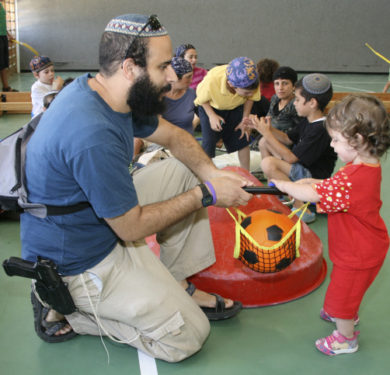 To deal with lone-wolf terror attacks, Israel is dramatically increasing the number of handgun carry permits
How Israel is responding to terrorist attacks: recognizing that armed police/military can’t protect everywhere