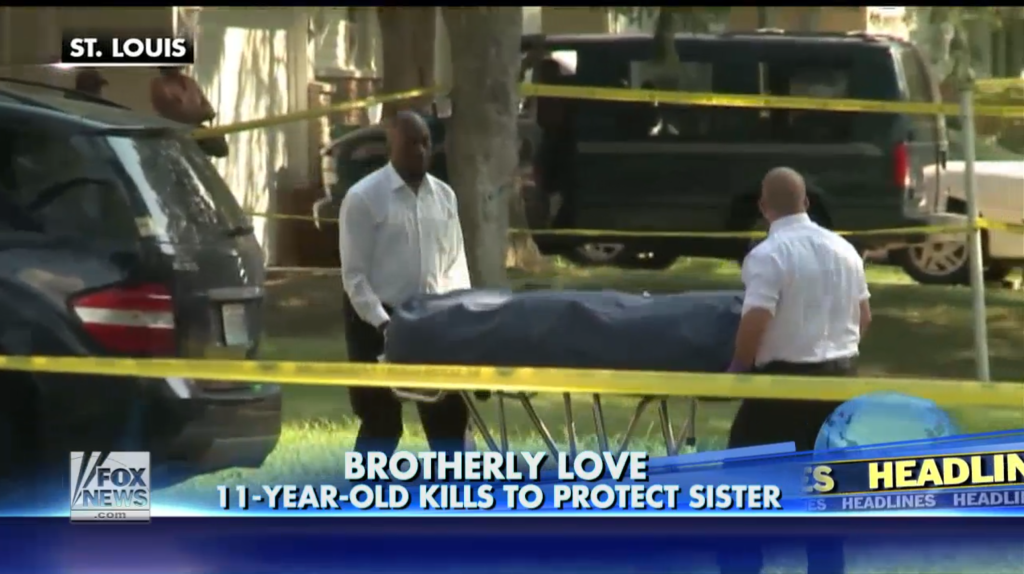 An 11-year-old boy shoots an almost 17-year-old who had broken into his home, saving his 4-year-old sister and scaring away another burglar. The burglars repeatedly tried to break into the home, finally succeeding on their third attempt.

The mother apparently purchased the handgun because of several previous attempted break-ins of her home.

One can only imagine the relief that the mother had that her children were safe.

Yet, the reaction from police and authorities was to question why the gun was so easily accessible. Police Sargent Brian Schellman told KTVI in St. Louis: “Just seems at this point that any one can pull the trigger on a weapon. Its very scary.”

Missouri is a state with a so-called “safe storage law,” one that imposes criminal liability when a minor under 18 gains access to a negligently stored firearm.

But no one seems to ask what would have happened if the children hadn’t been able to protect themselves.

The risk of accidental gun deaths is surely a concern, but it is much rarer than most people realize.  According to the Centers for Disease Control, 69 children under the age of 15 died from accidental gunshots.  Over 61 million children are that age in the population and about half live in homes that own guns. . . .