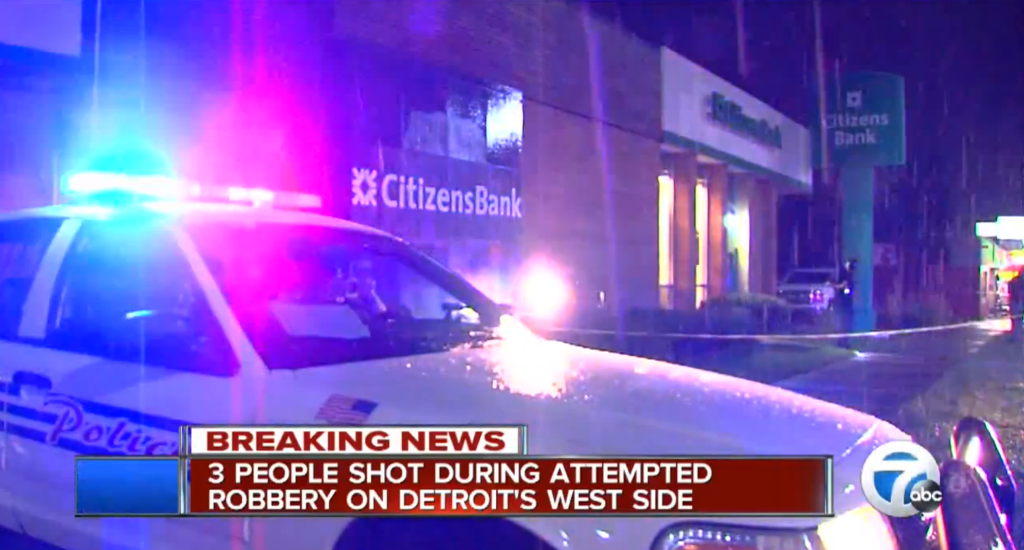 . . . Police say a 50-year-old resident of the neighborhood was going to the ATM at a Citizens’ Bank branch when he was approached by two young men that police describe as being around 18 years old.

Those young men were armed with a sawed off rifle and a handgun.

Police are still trying to determine exactly what happened, but officers say the robbery victim has a Concealed Carry Permit and defended himself.

All three men were injured and taken to the hospital with non-life threatening injuries. . . .

A better link is available here.