Georgia County Sheriff: “in my opinion [concealed handgun permit holder] saved other lives in that store” 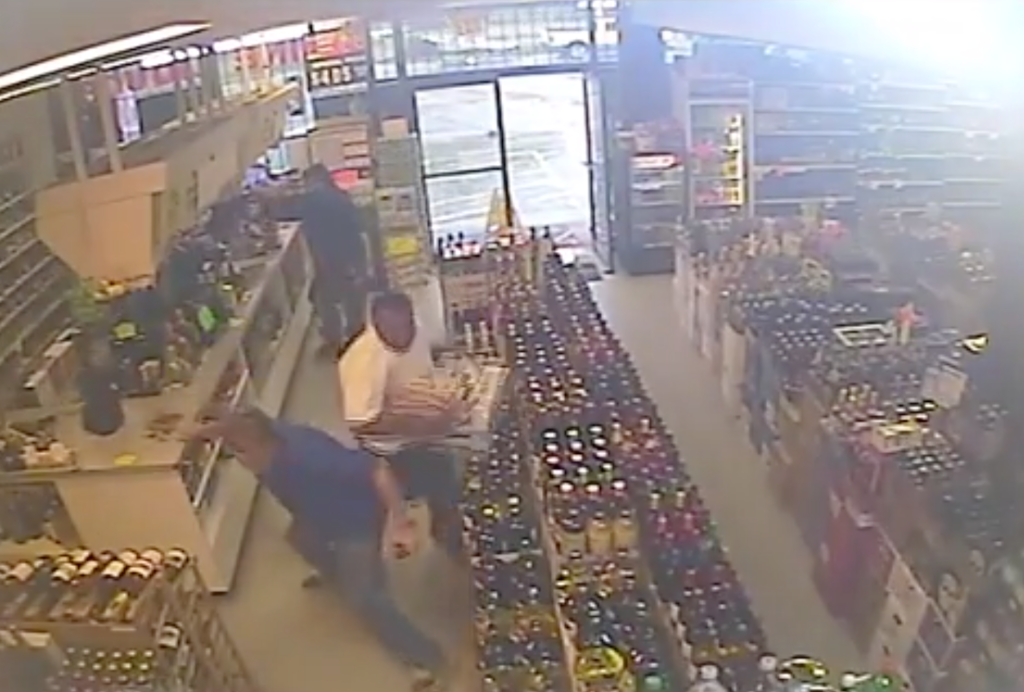 Often it is claimed that citizens who stop mass public shootings don’t get news coverage because they stop anyone from being killed.  But in this case two people were killed before the permit holder was able to stop the attack.

A customer who fired back at the suspect who killed two people in a Ga. Highway 20 liquor store Sunday afternoon is being hailed as a hero.

Rockdale County Sheriff Eric Levett said at a press conference Monday that Todd C. Scott, 44, a resident of Covington, very likely prevented other customers in the store from losing their lives.

“I believe that if Mr. Scott did not return fire at the suspect then more of those customers would have hit by a gun,” said [Rockdale County Sheriff Eric Levett]. “It didn’t appear that he cared who he shot or where he was shooting until someone was shooting back at him. So in my opinion he saved other lives in that store.”

From the Atlanta Journal Constitution:

Pitts fled after another patron, Todd C. Scott, of Covington, opened fire with his own hand gun. It is still unclear whether Aikens died before or after Scott returned fire with Pitts, but the sheriff credited Scott with saving lives.

“I consider him to be a hero,” [Rockdale County Sheriff Eric Levett] said.