John Lott’s and Everytown’s research director separate presentations on C-SPAN on Saturday highlighted Bloomberg’s groups continued unwillingness to debate. There have been about a dozen instances over the last seven or eight years where producers will call John Lott up to participate in a discussion and then they disinvite him once they realize that Mayors Against Illegal Guns or other Bloomberg representatives.

Lott was originally supposed to be on for an hour on C-SPAN to discuss these issues with Ted Alcorn, the research director for Michael Bloomberg’s Everytown. But Alcorn would not appear at the same time and insisted that he be allowed to appear after Lott. This clip is from the end of Lott’s appearance on C-SPAN.

The first caller to Mr. Alcorn segment asked him why he wouldn’t appear on air with John Lott and Mr. Alcorn had this response. 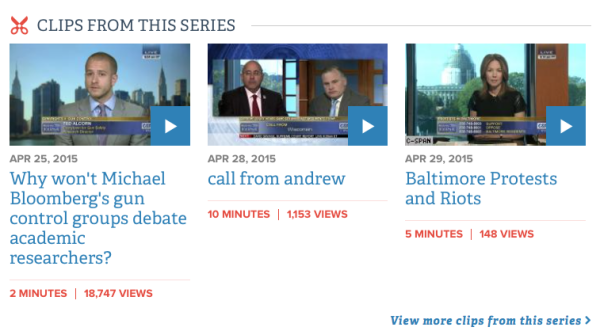 “When there’s a credible scientist — somebody who wants to have a real constructive conversation about this, we’re going to be there,” researcher Ted Alcorn said. “But folks who seek to minimize the issue of gun violence, the grave issue of gun violence in this country or to draw attention away from the real issues to themselves — that’s not a conversation that I think is productive to be a part of.”

Instead, Mr. Alcorn appeared after Mr. Lott during the episode. . . .

Mr. Lott said he was “disappointed” someone from Everytown wasn’t willing to go on to discuss the issue.

“They continually refuse to appear at the same time,” he said. . . .

Everytown for Gun Safety researcher Ted Alcorn recently refused to debate Crime Prevention Research Center’s John Lott on CSPAN’s Washington Journal, but he assured viewers that his group is more than willing to debate any “credible scientist” who does not “minimize the issue of gun violence.”

In other words, Everytown will debate any “credible scientist” who agrees with them. . . .

See also this story from Ammoland.com.  Click to enlarge the Instapundit screenshot. 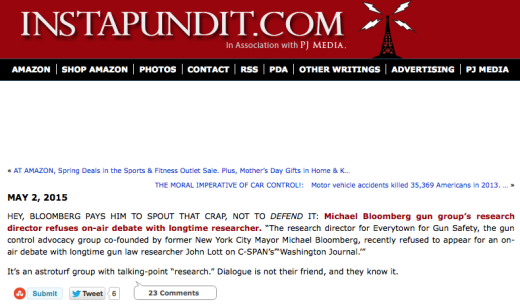 Bloomberg’s Everytown seem to be feeling some heat on all this and posted this on their Facebook page. 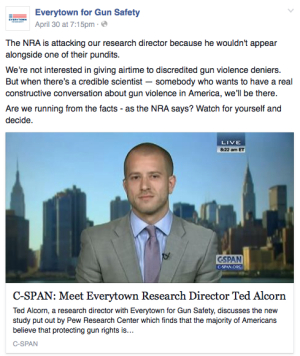