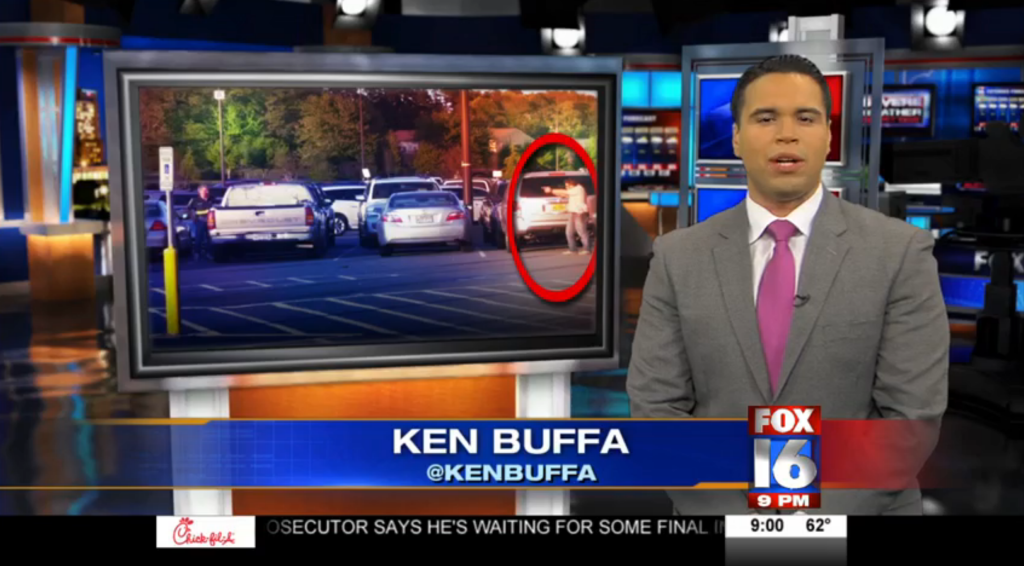 On April 22nd, fortunately a concealed handgun permit holder who was leaving a Kroger had his handgun with him. From Fox News 16 in Little Rock, Arkansas:

The 24-year-old said when he was leaving the grocery store, he saw something he couldn’t ignore.

“I saw seven people against one guy and I did not like those odds,” said Gene.

The out numbered man was elderly so Gene said he felt obligated to get involved.With his gun drawn, the attackers turned their attention.

“They kept yelling this ‘isn’t your fight, you need to walk away you need to put the gun down’,” said Gene.

While all this was happening, shoppers pulled out a weapon of their own–their cell phones–so they can take pictures and call police.

By the time police arrived the attackers and the victim took off. Turns out, they were all related. Police said the man was an uncle being assaulted by his nephew.

Gene said he’s been carrying legally for years and is glad he’s never had to draw his weapon before but admits if he was in this scenario again, his actions would be the same. . . . 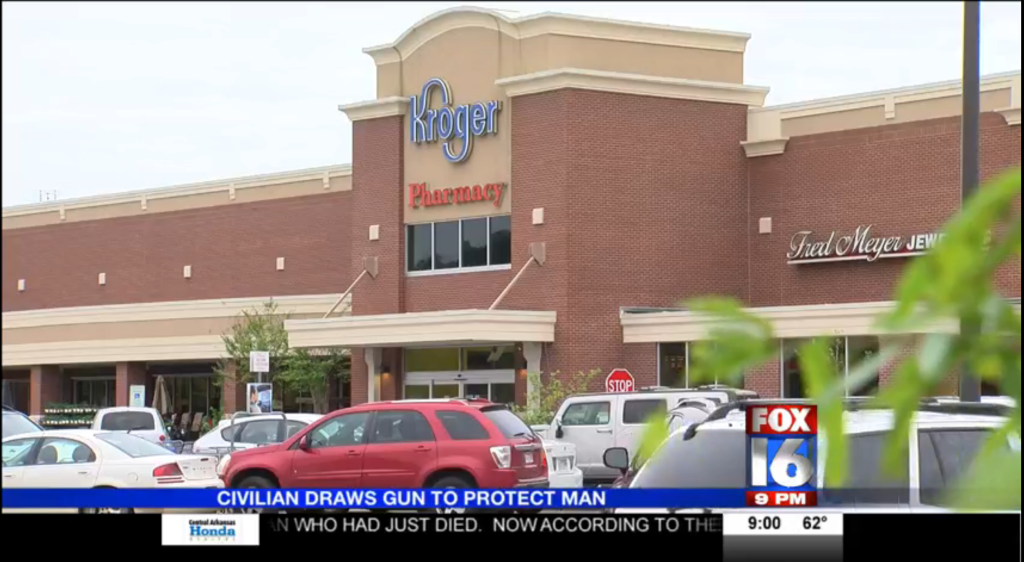