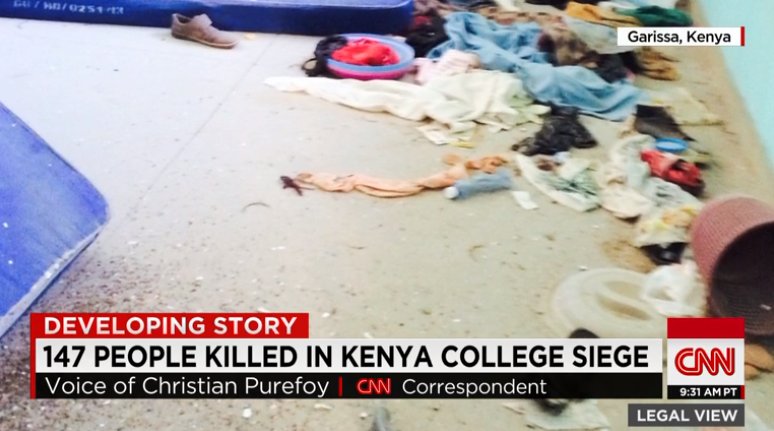 Remember what happened after the Westgate shopping mall attack in Nairobi, Kenya in late 2013? From a piece that the CPRC had in the Chicago Tribune:

Right after the Kenya attack, Ronald Noble, the secretary-general of Interpol, which is a world version of the FBI and headquartered in Lyon, France, noted two means of protecting people from mass shootings. “One is to say we want an armed citizenry; you can see the reason for that. Another is to say the enclaves (should be) so secure that in order to get into the soft target, you’re going to have to pass through extraordinary security.”

But Noble warned that his experience taught him that it was virtually impossible to stop killers from getting weapons and that “you can’t have armed police forces everywhere.”

“It makes citizens question their views on gun control,” he noted. “You have to ask yourself, ‘Is an armed citizenry more necessary now than it was in the past, with an evolving threat of terrorism?’” . . . .

But the government learned nothing from that horrible attack that left at least 67 dead.  This week Somalia’s Islamic extremist group al-Shabab, the same group that attacked the Westgate Mall, attacked the Garissa University College killing 148 people.  The police were said to have responded quickly to the attack, but, as we have learned in the United States, even 7 or 8 minute responses can be much too long.  In addition, as we have often seen, the uniformed guards that were present were killed first.  From the New York Times:

The authorities said the attack began when the gunmen killed two guards standing by the main gate of the university.

Police officers nearby “heard the gunshots and responded swiftly, and engaged the gunmen in a fierce shootout; however, the attackers retreated and gained entry into the hostels,” a police statement said. “Security agencies arrived and are currently engaged in an elaborate process of flushing out the gunmen.”

The police surrounded and sealed off the campus, and by 11 a.m., three of the college’s four student dormitories had been evacuated, while “the attackers have been cornered in one hostel,” the Interior Ministry said on Twitter. It was unclear whether any bystanders had been killed by the security forces. . . . .

And the threat of more attacks continues.  From the Associated Press:

“Kenyan cities will run red with blood,” said al-Shabab according to the SITE intelligence monitoring group. . . .

“No amount of precaution or safety measures will be able to guarantee your safety, thwart another attack or prevent another bloodbath,” said al-Shabab. . . . .

“Many Kenyans living in the crime-ridden frontier regions blame the government for not doing enough to protect its citizens from the militants.”

Well, even if the government can’t protect people, they aren’t about to let people protect themselves.  Private gun ownership in Kenya is rated by GunPolicy.org as “restricted”: “Applicants for a gun owner’s licence in Kenya are required to establish a genuine reason to possess a firearm, for example personal protection. . . . In Kenya, gun owners must re-apply and re-qualify for their firearm licence every one year.”  This is analogous to getting a concealed carry permit in New York City, only in Kenya the permits last for only one year at a time.

Of course, President Obama continues to cite “the battle against al-Shabab militants in Somalia as a model of success for his relatively low-investment, light-footprint approach to counterterrorism. . . . . senior administration officials characterized their campaign against al-Shabab as highly effective. . . .  This week’s vicious killings in Kenya, carried out by only a small team of masked gunmen, were cited by White House officials as further evidence of the group’s inevitable demise.” 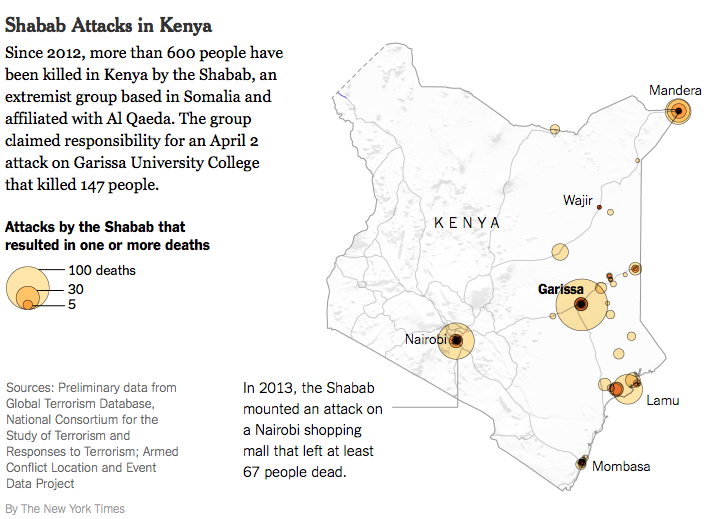