Bloomberg’s argument here is that the bill to allow concealed handgun permit holders to carry on school property is really an attempt to let criminals carry guns around schools. The fact that people will need a permit that requires a criminal background check is never mentioned.

So what is the rate that permit holders cause problems? It is very, very rare. Permit holders not only commit very few crimes, but they are very law-abiding even compared to police who are already extremely law-abiding.

If you want more information on the issue of gun-free zones, please see this discussion.

It might be possible that Bloomberg’s people will argue that background checks aren’t perfect, but the very few errors that they point to are usually not errors (gun control activists still want to claim that people with expunged records should not have guns).

Perhaps the craziest thing about this ad is that Bloomberg apparently believes that criminals only carry guns in places where they are legally allowed to carry them. 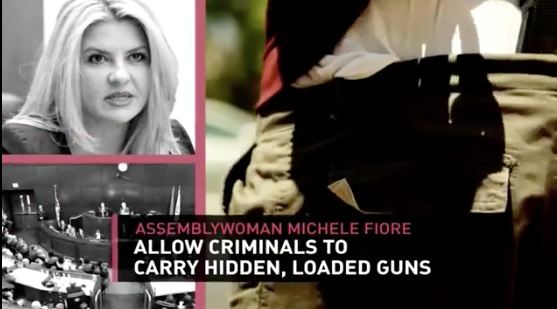