Bloomberg’s reports continue to have major errors.  The CPRC is proud to release a new report on Bloomberg’s most recent study on mass shootings (a copy of our report is available here).  Here is the abstract of our latest report:

Mass public shootings, where the shooter intends to commit mass murder in a public place, has not “exploded” over the last five years, as frequently claimed in the media, either in terms of the number of attacks or the number of people killed.  Indeed, the evidence points to a slight decline in attacks.   These mass public shooters differ from other mass killers in many systematic ways.  They usually die at the scene of the crime.  And over half are known to have suffered from mental illness prior to the attack.  The killers also carefully plan out their attacks: almost all take place where civilians are not allowed to defend themselves.  The typical attack involving so-called “assault weapons” is no more deadly than those involving other types of weapons. Everytown’s recent analysis of mass shootings is riddled with errors.  Mistakes are made on the number of mass shootings as well as the extent of mental illness, the killers’ ages, and even where the attacks occurred.  Those errors occurred because they did not do a complete news search on each case.  They made simple accounting errors and included cases that did not fit their claimed criteria (4 or more shooting deaths).  Also, their arbitrary definition of “assault weapons” seems chosen to obtain the results that fit their ideological agenda.  Their numbers should not be relied on for any type of policy analysis.

Here are a couple of the figures from the analysis.  Click on figures to enlarge. 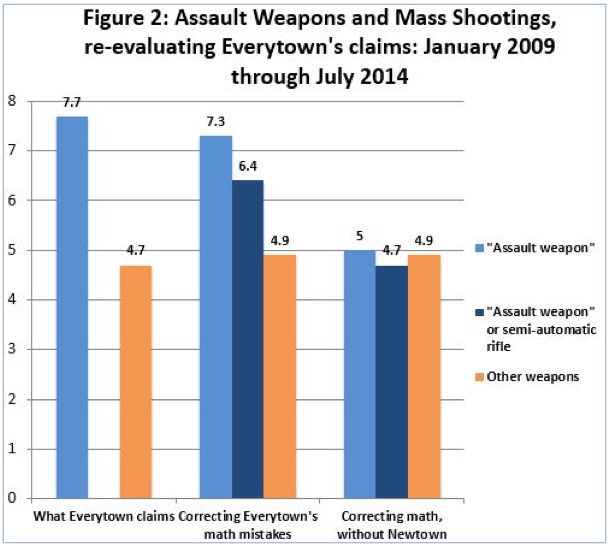 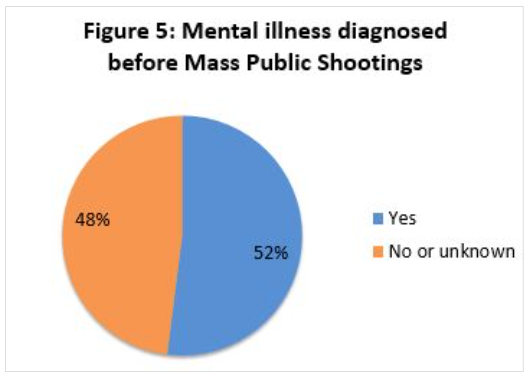 Errors in their discussion on gun-free zones is available here.