Mark Glaze, the executive director of Michael Bloomberg’s Everytown For Gun Safety until earlier this month, told the Wall Street Journal that the policies that they propose enacting wouldn’t stop these attacks:

It would have been useful for the interviewer to have pushed further on this and explicitly ask about different attacks and what policies that they were proposing after them.

The ultimate irony is not only don’t Bloomberg’s people think that gun control will stop these attacks, they simultaneously believe that guns can protect themselves. Erika Soto Lamb, the communications director for Bloomberg’s @Everytown, believes that having guns for gun control advocates is justified because they feel threatened. I am suspicious, but the point is that many other people want to have guns because they also feel threatened. 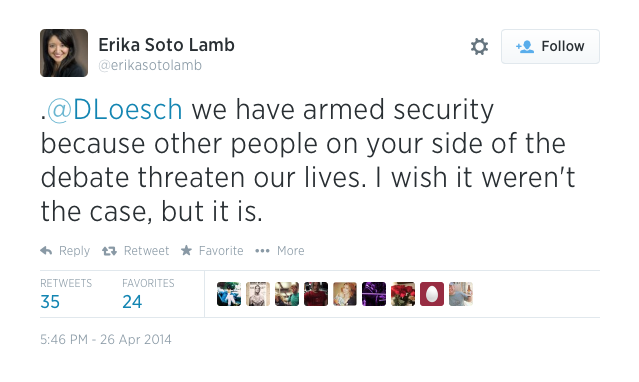