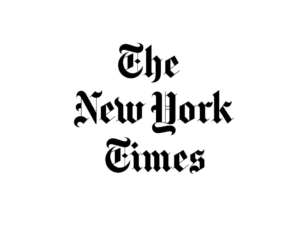 It has become an annual rite with the Violence Policy Center to release a report claiming, “Firearms 100 times more likely to kill women than protect them.” Last year, the New York Times and Vice carried the claims.  This year, it made headlines at The Nation and local media outlets around the country (e.g.,…

In the Hill Newspaper: How gun control advocates play the mainstream media for suckers

Dr. John Lott has his newest piece in The Hill newspaper on fake news in the media.  It starts this way:

Time-after-time, the New York Times and other publications have repeated the same false claim that concealed handgun permit holders are dangerous.

This claim will continue to be made as debate heats up over reciprocity, which would allow concealed handgun permits to be used across states like driver’s licenses.

Dr. John Lott has another piece at National Review about the New York Times continuing to disseminate clear false claims by the New York Times (though this could just as well be written about other publications such as The Hill):

The New York Times yet again as a Fake News Site: Citing false information from the Violence Policy Center

The grim truth is that concealed-carry permit holders are rarely involved in stopping crime. But people with permits have been responsible for more than 900 deaths that did not involve self-defense over the last decade, according to the Violence Policy Center.

Dr. John Lott talked to Michael Dukes on Anchorage’s 50,000 Watt KBYR about the Ft Lauderdale shooting as well as a new Violence Policy Center report claiming that Alaska ranks number one in the nation in terms of the rate of firearm deaths.

Once again the New York Times is citing bogus data from the Violence Policy Center (VPC).

But since 2007, concealed-carry permit holders have been responsible for at least 898 deaths not involving self-defense, according to the Violence Policy Center, a gun safety group. This includes 29 mass shootings by permit holders who killed 139 people.

since 2007, at least 763 people have been killed in 579 shootings that did not involve self-defense.

The Times didn’t take our letter to the editor, but this is what we sent in:

CPRC at the Daily Caller: “The New York Times Keeps Getting Its Gun Facts Shockingly Wrong”

John Lott has a new op-ed at the Daily Caller:

Last week, a New York Times editorial shockingly claimed that American concealed handgun permit holders have been responsible for 763 non-self-defense deaths since 2007. The Times editorial cites these numbers as proof of the “myth of the vigilant citizen” and “foolhardy notion of quick-draw resistance.”