As the New York Times described the VPC’s claims:

According to a new study from the Violence Policy Center (VPC), however, guns are 100 times more likely to be used against women by men than they are by women protecting themselves from men. “Women face the greatest threat from someone they know, most often a spouse or intimate acquaintance, who is armed with a gun. For women in America, guns are not used to save lives, but to take them,” concluded the report.

The VPC’s annual nationwide report on the number of women murdered by men, “When Men Murder Women,” found that 1,600 women were killed by men in 2014 — the most commonly used murder weapons, they reported, were firearms. In that same time period, there were just 15 instances of women using a gun to kill a man in self-defense. . . .

The comparison of justifiable homicide numbers to murders with guns is a very old claim.  Of course, why anyone puts weight on a Violence Policy Center study is a mystery (for their errors on other issues see here, here, here, here, here, here, and here).  The problems with the current claims are as follows.

1) The data on justifiable homicides is useless.  The definition used by the FBI is very limited.   From the UCR Handbook (pp. 17-18):

NOTE: Justifiable homicide, by definition, occurs in conjunction with other offenses. Therefore, the crime being committed when the justifiable homicide took place must be reported as a separate offense. Reporting agencies should take care to ensure that they do not classify a killing as justifiable or excusable solely on the claims of self-defense or on the action of a coroner, prosecutor, grand jury, or court.

The following scenario illustrates an incident known to law enforcement that reporting agencies would not consider Justifiable Homicide:

17. While playing cards, two men got into an argument. The first man attacked the second with a broken bottle. The second man pulled a gun and killed his attacker. The police arrested the shooter; he claimed self-defense.

But this narrow definition is combined with the fact that most jurisdictions don’t report these numbers and even the ones that do so are missing lots of cases.  It is very bad for police (only about 1 percent of police departments report justifiable homicides by police and see also here) and the numbers are even worse for civilian justifiable homicides.  Even the places that report this data don’t really have any incentive to get the numbers correct.  For example, see this investigative study for Michigan.

Officially, there were 117 justifiable homicides involving civilians in Michigan from 2000 to 2010. Another 95 were killed by police, according to the statistics.

One reason those numbers are low is simple, MLive’s investigation found.

Police are reporting the cases as criminal homicides. When it’s later determined to be justifiable, they don’t change the easy-to-recode electronic records. It’s as simple as changing a “1” to a “4.”

That was the case in Kalamazoo County, where FBI statistics show only one justifiable homicide between 2000 and 2010. There were eight, three by civilians and five by police, MLive found.

“It’s all a data-input problem,” Kalamazoo Public Safety Chief Jeff Hadley said. “What happens is when the initial reports are generated, it’s coded as a homicide. It never gets recoded.” . . .

Also, while more than half the states report a justifiable homicide number, that hides the fact that very few jurisdictions within those states that report the number actually compiled the numbers.

2) It makes no sense to compare the number of criminals killed to all cases of murders with guns.  It assumes that if you banned guns, those murders would largely disappear.  Yet, every single time that we have murder data before and after a gun ban, murder rates have gone up.

3) The claim that guns are rarely used in self-defense comes from only counting defensive actions that resulted in the death of the attacker. But by any measure, only a tiny fraction of one percent of defensive gun uses result in the criminal attacker being killed or wounded. In the vast majority of cases, merely brandishing a firearm is enough to fend off an attacker. This claim completely ignores all those benefits and assumes that they are zero.

4) There is research showing that women benefit much more than men from using guns for self-defense. The reason is simple — women tend to be physically weaker than the male criminals who attack them. Having a gun makes a much bigger difference in a woman’s ability to fight a man, than it does for a man fighting a woman. With a gun, a woman can keep her distance from the attacker. If a woman comes into physical contact with a male attacker, she will likely find herself in trouble. Dr. John Lott’s peer-reviewed research finds that there is a drop in murder rates for women that is 3 to 4 times larger for an additional woman getting a concealed handgun permit than you see a drop in murder rates for men for each additional man getting a permit.

5) Finally, the journalists who cover the VPC claim never even try to get a response from someone who might be critical of their assertions. 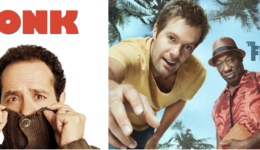