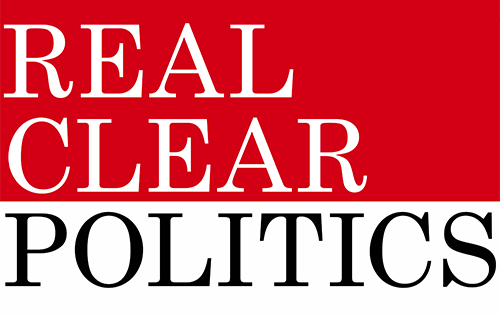 Dr. John Lott has a new piece at Real Clear Politics about comments made last week by Democratic Gov. Kathy Hochul and Democratic New York City Mayor Eric Adams. It was also published in other places such as the Journal Courier (Jacksonville, Illinois).

In celebration of New York’s new gun control law taking effect on September 1, Democratic Gov. Kathy Hochul claimed: “This whole concept that a good guy with a gun will stop the bad guys with a gun, it doesn’t hold up. And the data bears this out, so that theory is over.”

At the same press conference, New York City Mayor Eric Adams warned that more concealed carry permits might lead to an increase in violence at Times Square, even though Times Square remains a gun-free zone for permit holders.

This is a typical response from Democrats. After each mass public shooting, Democratic elected officials push for more gun control. They ignore examples, even those that generated significant public attention, in which armed bystanders saved many lives. They also disregard a grim aspect of such crimes: most mass shooters want to commit suicide in a way that will gain the most media coverage. The more people they kill, the more coverage they will get.

The shooters may be callous and crazy, but they are rational enough to realize that they can kill more people if their victims are defenseless.

Like so many other mass public shooters, the Buffalo shooter wrote in his manifesto: “Areas where CCW permits are low may also be good areas of attack.” The national media refuses to report other explicit statements by attackers. Nor do they report the fact that 94% of mass public shootings occur in places where civilians are banned from having guns.

The top four policies for economists were the same, but in a different order: Encourage the elimination of gun-free zones (7.9), relax federal regulations that pressure companies to create gun-free zones (7.8), allow K-12 teachers to carry concealed handguns (7.7), and allow military personnel to carry on military bases (7.7).

As important as police are to fighting crime, increased policing didn’t make the top of the list. That’s because stopping mass public shootings is a uniquely difficult challenge. For police, wearing a uniform is often akin to wearing a neon sign saying, “Shoot me first.” That makes officers easy targets for attackers. The benefit of concealed carry is that the attackers won’t know who is a threat to them.

“A deputy in uniform has an extremely difficult job in stopping these attacks,” said Sarasota County, Florida, Sheriff Kurt Hoffman. “These terrorists have huge strategic advantages in determining the time and place of attacks. They can wait for a deputy to leave the area, or pick an undefended location. Even when police or deputies are in the right place at the right time, those in uniform who can be readily identified as guards may as well be holding up neon signs saying, ‘Shoot me first.’ My deputies know that we cannot be everywhere.”

Given how infrequently the news media covers defensive gun uses, it isn’t surprising that Gov. Hochul believes that defensive gun uses are rare. But survey estimates show on average that Americans use guns defensively about 2 million times a year. According to academic estimates, defensive gun uses – including instances when guns are simply shown to deter a crime – are four to five times more common than gun crimes.

Hochul also worries about permit holders themselves committing crime, but her fears are misplaced. New York doesn’t provide data on the rate at which permit holders have their permits revoked, but we do have that data for other states. In the 19 states with comprehensive data, the average revocation rate for any reason is one-tenth of 1%. Typically, permit revocations occur because someone moved, died, or forgot to bring a permit while carrying. In Florida and Texas, permit holders are convicted of firearms-related violations at one-twelfth the rate of police officers.

The governor might also be surprised to learn that the general public disagrees with her. An early July survey by the Trafalgar Group showed a plurality of American general election voters believe that armed citizens are the most effective element in protecting you and your family in the case of a mass shooting. First on the list was “armed citizens” at 42%, followed by “local police” (25%) and “federal agents” (10%).

Police are essential to keeping the peace and bringing criminals to justice, but in most cases they can’t directly protect people. That’s why Gov. Hochul owes the residents of her state the chance to protect themselves.

← At The Federalist: To Restore Americans’ Faith In Elections, Fix Sloppy Record-Keeping On the Bill Martinez Radio Show: To Discuss President Biden's Law-and-Order Speech in PA →