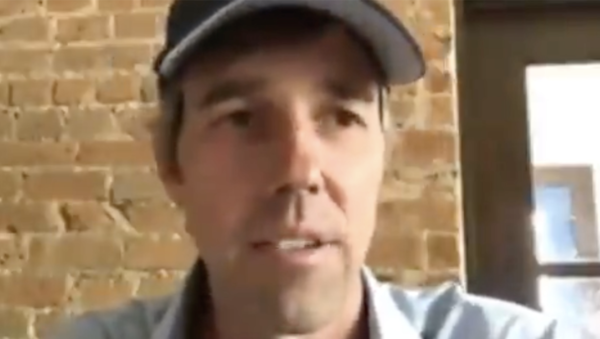 Democrats are starting to move away from their support for defunding of the police and other radical rhetoric that they have been pushing for several years now. Beto O’Rourke is just one example of that. Recently he moved from saying “Hell yes, we are going to take your AR-15″ to “I’m not interested in taking anything from anyone. What I want to make sure that what we do is defend the Second Amendment.” Deciding to run for governor in Texas has also caused him to change his tune on taking funds away from the police.

In June 2020, Beto O’Rourke said: “I really love that Black Lives Matter and other protesters have put this front and center to defund, you know, these line items that have overmilitarized our police, and instead invest that money in the human capital of your community. . . . And in some necessary cases completely dismantling the police forces and rebuilding them. And I think that the city council in Minneapolis made the right decision.” Four days before O’Rourke made this video, the Minneapolis city council voted “to disband its police department and invest in community-based public safety programs.“

But by November 2021 when he was talking about running for governor Beto said: “I don’t think I’ve ever advocated for defunding the police.” The Fact-Checkers in Texas are out to defend O’Rourke, as you can see here. But people can listen to O’Rourke’s statement and see whether he supported cutting funds to police and instead spend the money on social services.

← On The Michael Opelka Radio Show and Podcast: Discussing Biden's Gun Control Proposals to reduce Violent Crime and Biden implementing a national gun registry On NewsMax: On the $73 million Remington settlement with the Sandy Hook families, how we stop school shootings →