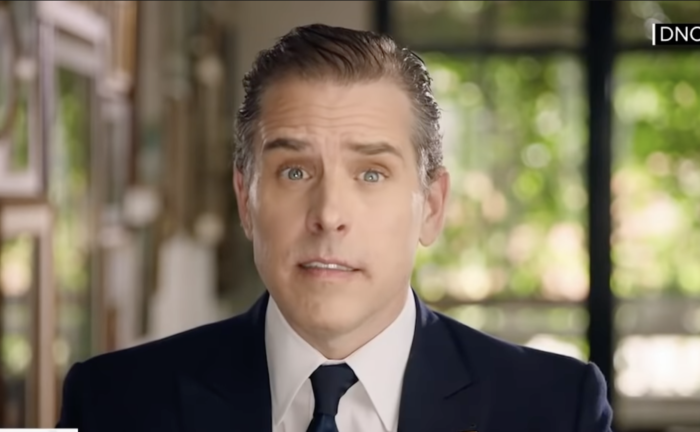 Did the Secret Service intervene to protect Hunter Biden from being charged with a federal gun crime? Federal gun laws applied selectively

There is a certain irony that Joe Biden Introduced the gun-free school zone act in the Senate as S.3266 on October 27, 1990.

Biden also focused on school safety during his time in the Senate, when he was the key author of the Gun-Free School Zones Act of 1990, which prohibited knowingly possessing and discharging a firearm on school grounds or within 1,000 feet of a school, with certain exceptions. . . .

On Oct. 23, 2018, President Joe Biden’s son Hunter and daughter in law Hallie were involved in a bizarre incident in which Hallie took Hunter’s gun and threw it in a trash can behind a grocery store, only to return later to find it gone.

Delaware police began investigating, concerned that the trash can was across from a high school and that the missing gun could be used in a crime, according to law enforcement officials and a copy of the police report obtained by POLITICO. . . .

While police questioned Hunter and Hallie, two Secret Service agents arrived at the store where Hunter had purchased the gun, StarQuest Shooters & Survival Supply in Wilmington, according to the two people familiar with the incident. The agents showed their badges and identification cards to Palmieri, the store’s owner, and asked to take possession of the Firearms Transaction Record that Hunter had filled out to buy the gun earlier that month, according to the people familiar with the incident.

There is more evidence on this that Politico leaves out.

Hunter claimed that when Delaware cops found the gun ‘the FBI and the Secret Service’ got involved, and that Hallie told officers she took the weapon because she was ‘afraid for the kids’ and ‘because she was scared I would harm myself due to my drug and alcohol problem’, in texts found on his abandoned laptop.

JOSH BOSWELL, “EXCLUSIVE: ‘She was scared I would harm myself.’ Hunter Biden’s texts to his therapist tell why lover Hallie took his .38 and reveals Secret Service DID step in to handle the investigation after she threw his handgun in a grocery store trashcan,” DAILYMAIL.COM March 26, 2021

Politico also writes that Hunter Biden lied on his 4473 form in buying the gun.

Hunter responded “no” to a question on the transaction record that asks, “Are you an unlawful user of, or addicted to, marijuana or any depressant, stimulant, narcotic drug, or any other controlled substance?” Five years earlier, he had been discharged from the Navy Reserve after testing positive for cocaine, and he and family members have spoken about his history of drug use.

Note that a prohibited person trying to buy a gun and lying on the 4473 are both federal crimes. As just pointed out by the Daily Mail, Biden’s own texts reveal that Hallie Biden took his gun because of his continued drug problem and he is implicitly acknowledging that use was true.