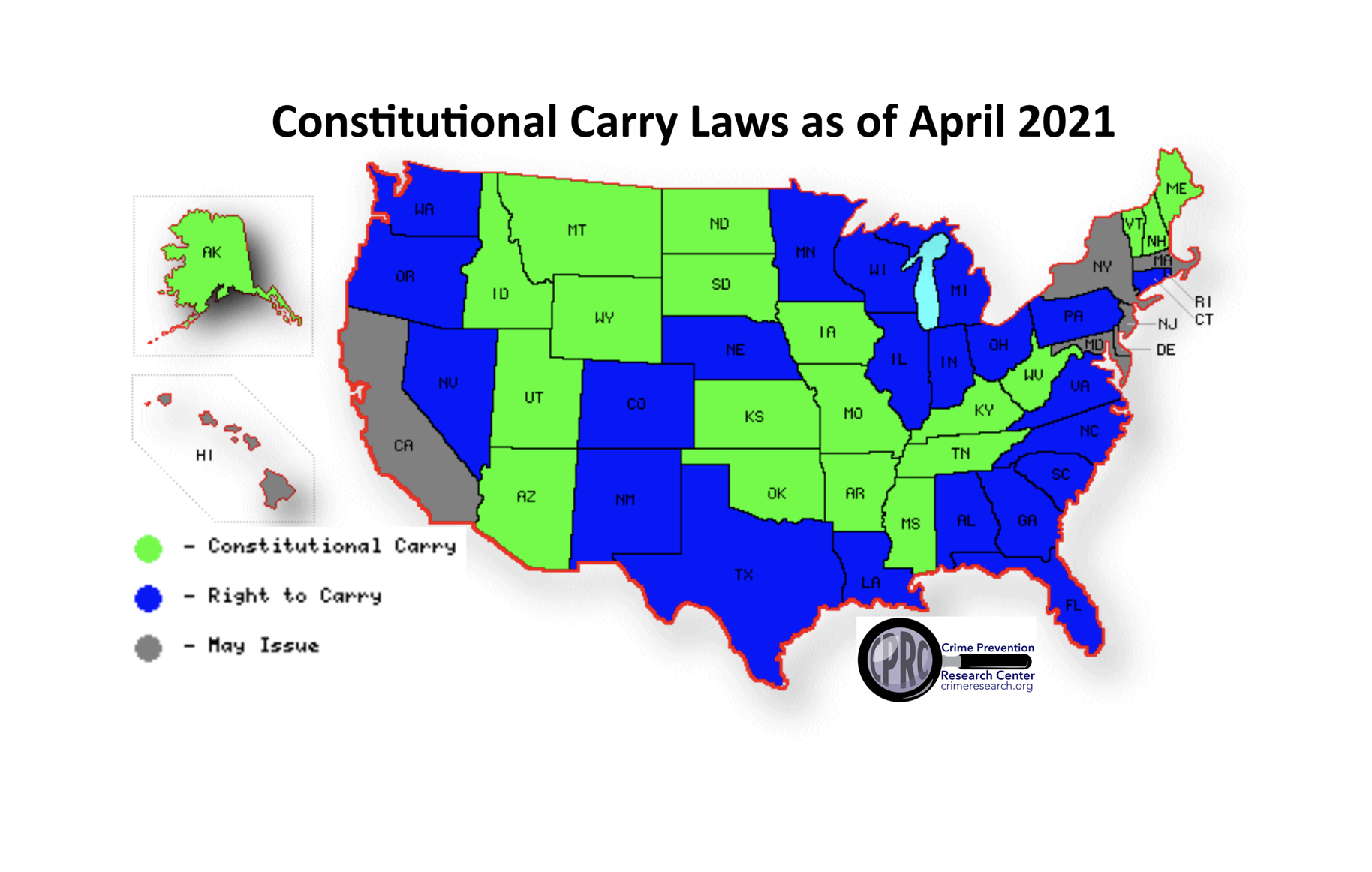 U.S. Senators John Cornyn (R-TX), Bill Hagerty (R-TN), Chuck Grassley (R-IA), and Jim Inhofe (R-OK) have introduced the Concealed Carry Reciprocity Act. The bill would allow people from Constitutional Carry states to carry concealed handguns as they travel through other states as long as they obey those states rules regarding time, place, and manner of carrying. In addition to those four senators, there are also 27 co-sponsors for the bill.

“Law-abiding Tennesseans who are permitted to carry a firearm should be able to exercise that constitutional right in other states, consistent with those state’s laws, without having to obtain a separate permit,” said Sen. Hagerty. “The constitutional right of self-defense should not disappear while traveling or temporarily living away from home, which is why I’ve joined Senator John Cornyn in introducing this legislation that respects constitutional rights and individual state laws while eliminating unnecessary bureaucracy.”

“This bill reduces confusion and legal inconsistencies for responsible gun owners when they travel outside of their home state, while also respecting states’ rights to set their own laws. I’m happy to again support this bill,” said Sen. Grassley.

“The Constitutional Concealed Carry Reciprocity Act is common-sense legislation that protects law-abiding citizens’ right to self-defense and to keep and bear arms when traveling between states that allow concealed carry,” said Sen. Inhofe. “I am glad to join Sen. Cornyn in introducing this bill and I look forward to working with my colleagues to advance this proposal through the Senate.”