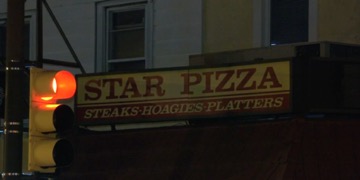 The teen allegedly tried to rob the store at gunpoint when the owner shot him once in the top of the left hand.

Authorities say the suspect is currently in custody.

At about 9:30 p.m., police say the 28-year-old suspect approached a 23-year-old man and pulled a gun on him.This took place in the 19200 block of West McNichols, west of the Southfield Freeway.

But the victim has a concealed weapons permit holder, police say, and he pulled a gun of his own and shot the suspect.

When the suspect turned up at a hospital, after being privately transported there, he was placed under arrest and listed in temporary serious condition.

A man police say robbed a store Tuesday evening was shot in the back by a civilian with a concealed-carry permit, police said. According to police, the man had just held up a business in Justice, Illinois, before fleeing to nearby Bridgeview where he was shot. The wounded man was able to walk to an ambulance and was taken to Advocate Christ Medical Center where he is in good condition, according to a police news release…

The intended target of an attempted armed robbery acted in self-defense during a deadly shooting Thursday night on East Smiley Avenue, according to investigators…

Sgt. Don Coppola with BRPD said investigators believe Falgout, Like, and Birks planned to rob a 26-year-old man. During the armed robbery, there was a shootout between the intended target and the three suspects, he added.

Police responded to a reported robbery at about 6:30 p.m. Tuesday at Island Grocery on Pleasure Island.

Investigators say the suspected robber left the grocery and continued on Highway 82 heading east. According to police, the vehicle he was in had been reported stolen in Louisiana…

Jones, still armed with the rifle, had attempted to rob a man and woman, who were crabbing, at gunpoint police said.

At some point after Jones demanded money and property from the two, the man was able to get to his car and grab his handgun.

The two men then got into a shootout and Jones was shot several times and died at the scene, police said…

Neighbors were forced to intervene in an attack and shoot a man who was brutally beating an 86-year-old Bartow County man with a metal pipe around 7 p.m. Wednesday…

Those neighbors say the attacker turned on them. He punched one in the jaw and tried to take the gun away from the other. That’s when they fired two shots, hitting the attacker…

The driver told officers the unknown male got out of the car. He tried to as well but could not open his door. He said the unknown male appeared to have a handgun and was approaching his vehicle.

The driver of the Camaro said he feared for his life and pulled out his gun and shot the unknown male, using all three rounds in the magazine.

The driver told police the male said, “One shot got me, and you’re lucky.” The subject then fled the scene on foot…

After further investigation, police believe that the driver did shoot Green in self-defense. Officers went to the hospital to receive a statement from Green. It was determined that Green never pulled a handgun but did have a ratchet on him that could have appeared to be a firearm…

The man was walking on Wright Street around 10:15 p.m. when police said he was attacked and stabbed with a knife by another man who was following him.

The victim was able to stop the attack by pulling out a gun he was legally allowed to carry and firing a shot.

The man took off, and police are still searching for him.

← More Lies by the Giffords Center on Gun Laws: False Claims about Baker Act and Red Flag Laws On the Safe Space Podcast: Discussing False Claims by Democrats about Guns and Crime →