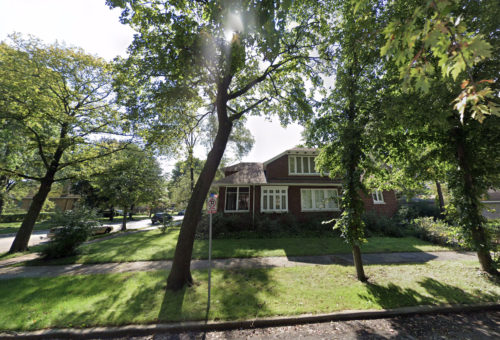 On Tuesday, March 9th at 10:35 PM, three robbers attempted to rob a 69-year-old man in a Beverly residential neighborhood (about 15 miles south of downtown Chicago). Two of the three robbers have been charged, including receiving, possessing, and selling a stolen vehicle. The third robber who was shot in the knee has not been charged. The man was out walking when the three robbers confronted him. At that point, he pulled out his permitted concealed handgun and shot one of them in the leg. The robbers fled in a car, which they then crashed. The robbers were arrested and taken to local hospitals for evaluation.

A 69-year-old concealed carry license holder defended himself Tuesday night against a group of teenagers in a stolen vehicle when they approached him in Beverly and demanded his belongings, police said. . . .

Unfortunately, Illinois is preventing law-abiding citizens from being able to defend themselves by taking many months to process permits. People are still waiting over eight months just to have lost cards replaced. Nor is the problem limited to Illinois. And people wonder why states are moving to Constitutional Carry.

“I feel extremely unsafe every time I walk out of my house,” said Terrence Thrower.

He thought applying for replacements would be easy, but more than eight months later he said he’s still waiting. As a result, he’s unable to legally carry or use his firearm.

← On the Michigan Talk Network: Discussing the House's votes on two gun control bills today On the Bill Martinez Show: On the relationship between crime and gun ownership →