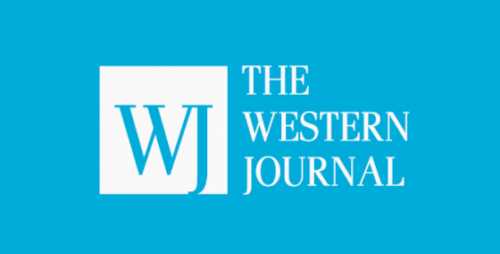 Anthony Fauci is a liar.

We know this because he has told us so.

Fauci told us that masks don’t work. His exact words were “there’s no reason to be walking around with a mask.” Then he told us that everyone should wear masks. He then explained that he was lying when he said we shouldn’t, apparently in order to preserve masks for medical professionals.

Fauci told us that to get to herd immunity, maybe 60 percent of Americans would need to be vaccinated. Then he told us that nearly 90 percent would need to take the vaccine. He then explained that he really thought 90 percent the whole time, but was lying to the American people earlier based on what he thought they could handle.

Despite these lies, Fauci remains a sort of cultic hero figure to millions of American liberals.

Some people, I guess, don’t mind being lied to as long as it’s being done for their own good.

The thinking goes: “Fauci might not be necessarily telling us the truth at any given moment, but he’s surely not just lying in order to maintain a dopamine high from steady CNN hits. No, he has a wide view of the situation, and if he misleads the public with lies it’s really in order to manipulate Americans to think or act in ways that will save the most lives.”

And maybe that’s true. I’ve never met the man, and can’t tell you what’s really in his heart. But, unfortunately, I can tell you that our public health officials don’t always lie to us in order to save lives. Sometimes, they lie to us in an effort to kill us.

That might sound a little crazy. But it’s an entirely fair description of the Center for Disease Control and Prevention’s original recommendations regarding who to prioritize for vaccination.

The CDC’s Advisory Committee on Immunization Protocols recognized that vaccinating the elderly first would save more lives, but recommended that we should vaccinate essential workers first because – and this is really true – the elderly are disproportionately white so allowing more of them to die would decrease racial disparities.

Liberal journalist Matt Yglesias pointed out that because the elderly are at such dramatically higher risk, the CDC’s original plan would have led to more deaths of black and brown people.

The CDC knew that, and recommended it anyway, because it would lead to even more dead white people. As one Ivy League professor put it: “Older populations are whiter. … Instead of giving additional health benefits to those who already had more of them, we can start to level the playing field a bit.”

To be clear: By “level the playing field” he means killing people — or at least allowing them to be more likely to die — based on their race.
As Washington Free Beacon editor Aaron Sibarium pointed out in his in-depth analysis of this controversy, the CDC lied along the way to issuing this recommendation.

Officials in the Department of Health and Human Services and the president of the American Geriatric society both registered strong objections against plans that would not prioritize the elderly, who were at the most risk.

The CDC took their statements entirely out of context, and slapped them onto a table in such a way as to make it look like they were both actually against vaccinating the elderly first.

As Sibarium wrote, “The CDC committee thus took two statements that championed the interests of the elderly and used them to justify a plan that would disproportionately kill senior citizens.”

The fact that our public health officials have proven themselves willing to lie in order to promote a plan that would kill more of us ought to shock and appall every American. But it won’t.

Because, you see, they are “experts.” And the co-chair of Biden’s COVID-19 advisory board commended the CDC for its plan, saying that the experts took “political interference out of the process,” and showed a “grounding in inequity.”

It’s a mental illness that I can’t really explain to you and that I certainly don’t know how to treat. But anybody who still holds up people like Anthony Fauci and our public health establishment as heroes really ought to have their head examined.

The piece can be found here.

← UPDATE: 83 Congressmen want to keep the ability to carry concealed handguns in the Capitol Ohio becomes the 36th State with Stand Your Ground Rules →