Ohio becomes the 36th State with Stand Your Ground Rules 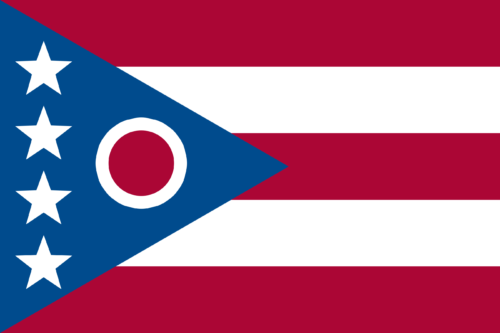 With the Ohio governor signing the new law, more than two-thirds of the states now have Stand Your Ground rules. We have written a lot on that issue (see here). But we wanted to link back to a piece that we had a few years ago when the CPRC testified before the Minnesota State House.

We had this op-ed piece in the Star Tribune on Minnesota.

as the Minnesota House Committee on Public Safety and Security Policy will hear in testimony today, Stand Your Ground laws do not allow the initiation of force. Since the response must be proportionate to the threat, a defendant cannot shoot unless he is in imminent danger of serious bodily harm or death. Or, at least, a reasonable person must have cause to perceive such a grave threat. Prior to Stand Your Ground, citizens have had to retreat as far as possible and then warn the criminal of their intention to shoot. The concept of “appropriate retreat” is vague and potentially confusing to a defendant who needs to take immediate, decisive action. Delay can sometimes be fatal. Overzealous prosecutors have sometimes argued that the defendant should have retreated even farther. These trials, even if they end in acquittal, are very costly and destroy defendants’ lives.

Thirty-three states have laws that remove the requirement to retreat. Some states have had these laws since their founding. Support for them had been overwhelmingly bipartisan until the last few years. In 2004, even state Sen. Barack Obama co-sponsored and voted for a bill expanding Illinois’ Stand Your Ground law.

But this misses the fact that blacks are overwhelmingly killed by other blacks. In most cases, people acquitted of killing a black person in self-defense were black themselves. About 64 percent of blacks raising the Stand Your Ground defense were acquitted, compared with 60 percent of whites.

So does that mean that white defendants are discriminated against? That isn’t true, either.

In 2012, Minnesota Gov. Mark Dayton vetoed a Stand Your Ground bill because he claimed that it would endanger the lives of police officers. But officers are protected in two ways in both that earlier bill and this one. To use justifiable, deadly force against anyone, a “reasonable” person must believe that someone is about to commit a serious violent crime against him or her. , if you know that the person is a police officer, under no circumstances are you allowed to use deadly force against an officer who is acting lawfully.

My research looked at all states that have enacted Stand Your Ground between 1977 and 2012, either through legislation or through court decisions. I consistently found subsequent drops in murder, rape, robbery aggravated assault rates. On average, murder rates fell by about 1.5 percent annually during the first 10 years that the law was in effect.

Restricting self-defense harms the most vulnerable members of society. It compromises the safety of poor blacks who live in high-crime, urban areas. It also endangers physically weaker individuals. As police know all too well, they simply can’t be there all the time to save people. We ought to have laws that show more compassion for the plight of people in these harrowing situations.

John R. Lott Jr. is the president of the Crime Prevention Research Center. He will be testifying before the Minnesota House Committee on Public Safety and Security Policy on the Stand Your Ground bill.

← At the Western Journal: Andrew Pollack: Our Health Officials Have Literally Lied to Us in Order To Kill Us Defensive Gun Uses Where People Legally Carrying Concealed Guns Have Stopped Crime, Cases From Early December to Late December 2019 →