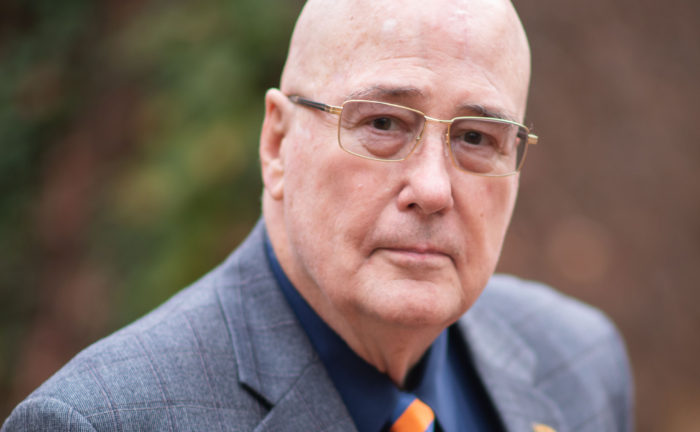 While CPRC founder Dr. John Lott is away on temporary leave, the Board of Directors of the Crime Prevention Research Center has selected Dr. Robert F. Turner to serve as the Center’s second President effective October 12, 2020.

As a University of Virginia professor for more than three decades, Turner taught in both the Department of Politics and the School of Law. His 1700-page doctoral dissertation was on “National Security and the Constitution.” At the time of his retirement from the Law School earlier this year, Professor Turner was a Distinguished Fellow at the Center.

Dr. Turner brings strong and diverse expertise to his new position. The son of a career Army-Air Corps/U.S. Air Force medical officer and World War II veteran, Turner learned to shoot at a young age and in the late 1950s and early 1960s competed as a member of the Bunker Hill Air Force Base rifle and pistol teams, qualifying as an NRA Distinguished Rifleman in the process.  He was certified as an NRA rifle and pistol instructor in January 1961, and his experience as an instructor included running the rifle range at a Boy Scout camp in central Indiana while in college.

Dr. Turner found his firearms training to be very helpful during his own military service, which included commanding recon platoons for the legendary 100th Battalion, 442nd Infantry (the most highly-decorated unit of its size during world War II), and the 25th Infantry Division.  He later served two voluntary tours in Vietnam.

After leaving the Army in 1971 as a captain, Turner spent three years as a Public Affairs Fellow at Stanford University’s Hoover Institution on War, Revolution and Peace before serving as national security adviser to U.S. Senator Robert P. Griffin (R-MI)—a member of the Foreign Relations Committee.  Turner later served as a member of the Senior Executive Service in the Pentagon and White House before being named Acting Assistant Secretary of State for Legislative Affairs (1984-1985).  He later served as the first President of the congressionally established U.S. Institute of Peace.

As he has pointed out during gun control debates and lectures at law schools around the country, Dr. Turner views the Second Amendment as one of the Constitution’s most important national security provisions. The Framers of the Constitution clearly understood they were protecting firearms that would be used for hunting, self-defense, and other lawful purposes; but the expressed purpose of the Amendment was protecting “the security of a free state.”

Dr. Turner is an author or editor of seventeen books and scores of articles in professional journals and in most of the nation’s leading newspapers.  He has testified as an expert witness before more than a dozen different committees of Congress. An avid debater for more than half a century, he looks forward to engaging with the leading scholars supporting bans on so-called “assault weapons,” firearms that can accept removable magazines capable of containing more than 10 rounds, and similar proposals that Dr. Turner believes are both contrary to the Second Amendment and unwise as a matter of public policy.

Dr. Turner is available for Zoom lectures, debates, and media interviews, and can be reached by contacting him at Robert@crimeresearch.org and (434) 996-7838 (please call if possible after noon Eastern time).