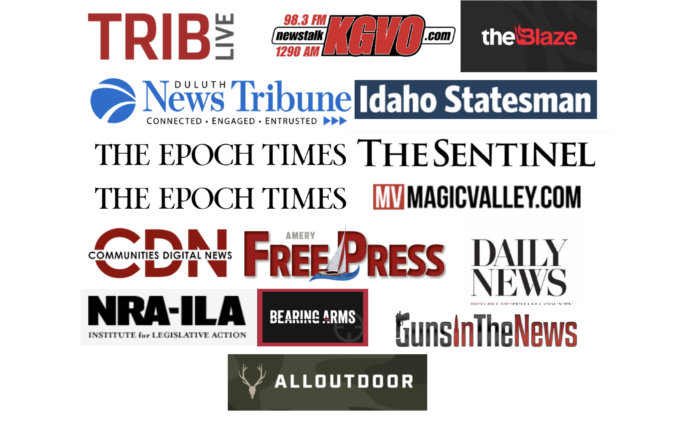 American experts are not the only ones concerned about mail-in voting. John Lott of the Crime Prevention Research Center reported a comparative study of voting experiences and practices in other countries. Just one vote fraud case in the U.K. involved six politicians who won after a campaign of mail-in vote fraud described by the judge as “massive, systematic, and organized.”  This research found widespread restrictions on mail-in voting in other countries as a protection against such fraud.  For example, 63 percent of countries in the European Union do not allow mail-in voting unless the voter is currently living in another country, and 22 percent do not allow it even then. The other 16 countries in Europe had even more restrictive practices.

A recent report from the Crime Prevention Research Center says 78% of the countries in the OECD (generally representing the developed world) either do not allow mail-in ballots “for people living in the country” or require a photo ID to receive a ballot. The reason they are not allowed is fraud. The report’s author, John Lott, writes, “if concern about vote fraud with mail-in ballots is delusional, it is a delusion shared by most of the world.”

“This is a sequel to a bad movie,” Institute for Energy Research (IER) senior economist David Kreutzer told The Epoch Times on Aug. 25. . . .

While not very many green jobs were produced, billions of tax dollars were spent in the Biden-managed program during the Obama years; Kreutzer expects a similar outcome if the former vice president is elected in November.

“The hundreds of billions of dollars are going to go to the big donors, the people with connections and so on,” he said, referring to a 2015 analysis by economist John Lott.

Recent studies confirm that women voters did make a difference. Economist John Lott’s research showed a dramatic change in American politics from the very beginning. There were sharp increases in spending on social programs, especially on health and education. As a result, child mortality decreased by about 15%.

Academician and author Dr. John Lott appeared on the KGVO Talk Back program on Monday to speak about the possible future of the 2nd Amendment to the U.S. Constitution and the gun rights of all Americans.

Lott said that Joe Biden was tasked with controlling guns as Vice President under Barack Obama.

According to the study “Did Women’s Suffrage Change the Size and Scope of Government?”, John R. Lott Jr. (Yale University) and Lawrence W. Kenny (University of Florida) found:

“Since women tend to have lower incomes, they benefit more from various government programs that redistribute income to the poor, such as progressive taxation. Hence, single women as well as women who anticipate that they may become single may prefer a more progressive tax system and more wealth transfers to low-income people as an alternative to a share of a husband’s uncertain future income. Indeed, we have found that after women have to raise children on their own, they are more likely to classify themselves as liberal, vote for Democrats, and support policies such as progressive income taxation.”

This explains Democrats’ hostility toward the nuclear family and support for the extreme feminist agenda that seeks to “abolish the patriarchy” and “challenge the concept of gender roles.”

“Even if there are error rates by the United States Postal Service of a couple of percent, we are talking about millions of ballots,” John R. Lott Jr., president of the Crime Prevention Research Center, a think tank headquartered in Alexandria, Virginia, told The Epoch Times.

“An audit of the 2018 election by the USPS found that the share of election and political mail that was delivered on time averaged 84.2 percent” in the seven lowest-performing distribution centers, including suburban Maryland, Eau Claire, Wisconsin, and Royal Palm, Florida, he said.

“With the surge in election-related mail that is going to occur this year, that percent would be a disaster, involving tens of millions of votes.”

The USPS report, issued by the agency’s inspector general, found that high-performing locations such as Seattle; Norfolk, Virginia; and Southern Maine, averaged 99.6 percent on-time delivery of electoral and political mail.

“Democrats are claiming that President Trump is trying to sabotage the postal system, but this audit was done long before mail-in ballots became an issue this year,” Lott said.

The author, John Lott, is right. Things are different. He’s also right that the Second Amendment is at stake. . . .

Read “How Biden Just Blew Up the Claim That He’s an Honest, Decent Guy,” by John Lott (Townhall.com, 8/21). While Joe Biden’s character was praised by convention speakers, he displayed a mean, disingenuous side, saying that Trump defended “white supremacists and white nationalists” as “fine people” after the 2017 riots in Charlottesville.

What does eliminating the filibuster mean? The Senate would then pass legislation on a simple majority vote and no Republicans could stop or even slow their agenda. I would recommend you read Real Clear Politics article Ending Filibuster, as Dems Vow, Would Push U.S. Far Left by John R Lott Jr.

Crime Prevention Research Institute, the nonprofit aggregator of crime- and gun-related statistics led by John Lott of Tennessee, just released a new data analysis that should be music to the ears of gun owners. With high and growing rates of gun ownership, the United States of America, according to this new study, enjoyed below-average incidents of mass public shootings from the two decades 1998-2017.

Meanwhile, with this level of violent crime, one might assume that arrests for these murders and shootings would be equally record-setting, but that isn’t so. In a recent FOX News opinion piece, John Lott, president of the Crime Prevention Research Center, noted: “Chicago and Illinois politicians are well known for always blaming the ‘gun problem’ for their high crime rates. But there is a much more obvious explanation. In 2019, Chicago police recorded 486 murders, but only made 109 arrests—an arrest rate of just 22%. In the last few years, the nationwide rate has remained at over 70%.”

Lott’s conclusion: “When you don’t catch criminals, the obvious result is more crime.”

Lott also detailed several changes Chicago politicians have made that have worked to weaken the Chicago Police Department. As NRA-ILA noted, Chicago Mayor Carrie Lightfoot lays the blame for her city’s ever-escalating violence on guns, and wants the federal government to enact even more stringent gun-control laws. . . .

John Lott, president of the Crime Prevention Research Center, who has researched the question extensively, notes that “[i]n  state after state, the data show that permit holders are extremely law-abiding, even relative to police officers,”making it very unlikely that licensees are driving crime or lawlessness in New York City or elsewhere.

“Is @CNN now like the old USSR or 1984 where they airbrush out inconvenient history so that no one will remember it? When does CNN register as a campaign org?” asked John R. Lott, the president of the Crime Prevention Research Center.

Carlos Garcia, “CNN airs doctored photo of Biden with Washington Redskins logo removed — and blames the Biden campaign after getting mocked for it ,” The Blaze, September 9, 2020.