As we have pointed out many times, television crime shows seem to think criminals are constantly using machine guns to shoot people. Two different CBS shows on Friday, May 1st, 2020 again discuss criminals using machine guns. Magnum PI (S2 E18) has criminals firing machine guns at Magnum and Higgins as they try to escape in a school bus. There are a lot more shots of machine guns firing than the clips here, but these are enough to get the point across. Blue Bloods (S10 E19) has a discussion of police officers capturing a machine gun from criminals.

Between Magnum PI and Hawaii 5-O, Hawaii must surely be seen as having more machine gun murders than any other state in the country. So much for the state’s extremely tough gun control laws.

In real life, criminals use machine guns so rarely that a 2016 survey of prison inmates only broke down the numbers for uses of handguns, rifles, and shotguns. The survey did not even mention fully automatic weapons. Since 1934, there are only two know uses ever of a machine gun being used in a murder. And even before 1934, they were very rare.

In the current 2019-2020 season, we haven’t been keeping close track, but other recent examples include:

These examples of television media bias on this particular point can be found here. 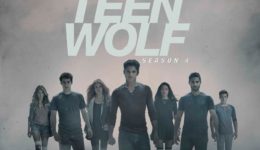