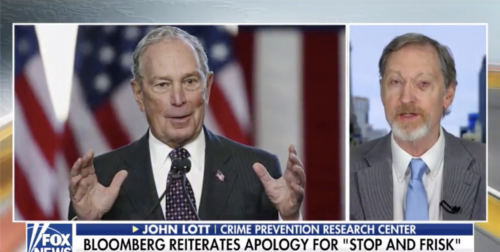 “95 percent of your murders — murderers and murder victims fit one M.O. You can just take the description, Xerox it, and pass it out to all the cops. They are male, minorities, 16 to 25. That’s true in New York. That’s true in virtually every city…And the way you get the guns out of the kids’ hands is to throw them up against the wall and frisk them.”

Lott’s op-ed at Fox can be found here.

← Television Shows Misrepresenting facts: NBC's Chicago PD makes civilian with a gun look like a danger to himself and police Mayor Pete's lies on Guns →