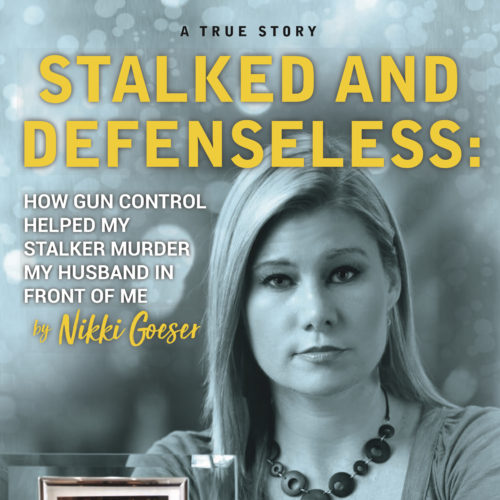 “I’m trying to educate people about the dangers of red-flag laws,” Ms. Goeser told The Washington Times. “A lot of people seem to be for them, but there’s a lot that the everyday citizen doesn’t think about. I think red-flag laws completely ignore due process and violate due process rights.”

After her husband, Ben Goeser, was murdered 10 years ago in a Tennessee restaurant, Ms. Goeser fell into a depression, wondering how she would face another day, and “you can understand how someone might misinterpret that.”

“I wasn’t suicidal. I was just going through a really hard time,” she said. “But someone very well-meaning — a family member, a friend, a co-worker — could say, ‘We’re really concerned about Nikki. This horrible thing has happened, we know she’s a gun owner,’ and then take their concerns to a judge.”

If a judge had ordered police to take away her firearm, deeming her a risk to herself or others, “for someone like me, that would have been trauma on top of trauma.”

“Here I’m scared to death, I’m already concerned for my safety, and then to go and take my basic human right of self-defense away from me with no due process?” she said. “It’s pretty scary.”

Sine her husband’s death in 2009, Ms. Goeser has become a vocal Second Amendment advocate, working with John Lott Jr. at the Crime Prevention Research Center and writing two books. Her latest, “Stalked and Defenseless: How Gun Control Helped My Stalker Murder My Husband in Front of Me,” was released in November.

Ms. Goeser was a concealed-carry permit holder and owned a handgun, but she left it in her car in compliance with Tennessee’s gun-free zone laws, which banned firearms in restaurants that serve alcohol. A man she barely knew who had been stalking her shot and killed her husband in the middle of the busy establishment. . . .