Mexico’s murder rate is six times the US rate, but only about 1% of Mexicans are legally licensed to own a gun 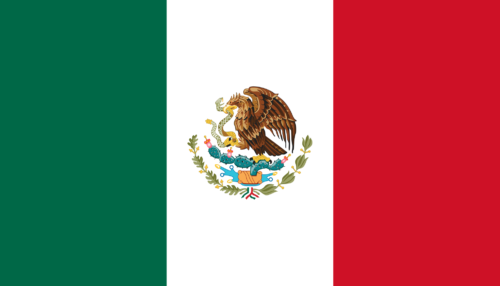 Since 1972, Mexico has had just one gun store in the entire country. This military-run store is the only place where Mexicans can legally purchase a gun, and only 1% of Mexicans possess a license to own a firearm. The store’s prices are very expensive, and the most powerful rifle that you can buy there is only a 22 caliber. The 1% figure was told to Dr. John Lott by Mexican officials when he testified before the Mexican Senate in 2016.

To buy a gun in Mexico requires six forms of documentation, fingerprints, and an evaluation of the buyer’s employment history. Private transfers of guns are essentially banned.

Mexico 1 Get a letter from the local authorities confirming that you do not have a criminal record. 2 Submit a letter showing your employment status and pay. 3 Pass a background check that considers criminal history, employment and current gun ownership. 4 Travel to Mexico City, where the only store authorized to sell guns is located. 5 Get fingerprinted.6Buy a gun.

But Mexico’s murder rate is more than twice what it was in 1972.

In April, Mexico’s president claimed that the situation was not getting worse.

“Our data shows that we’ve brought the situation under control,” the president said.

“The data I have shows something else, you’re not controlling, to the contrary, many Mexicans continue to die,” Mr Ramos challenged the president.

“They have not risen,” President López Obrador said before adding: “I’m not saying we’ve solved the problem.”

The Mexican government has changed how they have been measuring murders.

an older methodology that refers to the number of homicide investigations showed an increase to 29,401 last year from 29,100 in 2018.

← On one of Mexico's major national news channels to discuss guns and crime, Azteca Noticias New Research: Do Researchers from Different Fields have a Consensus on Gun Control Laws and do Registered Voters Agree with any of them? →