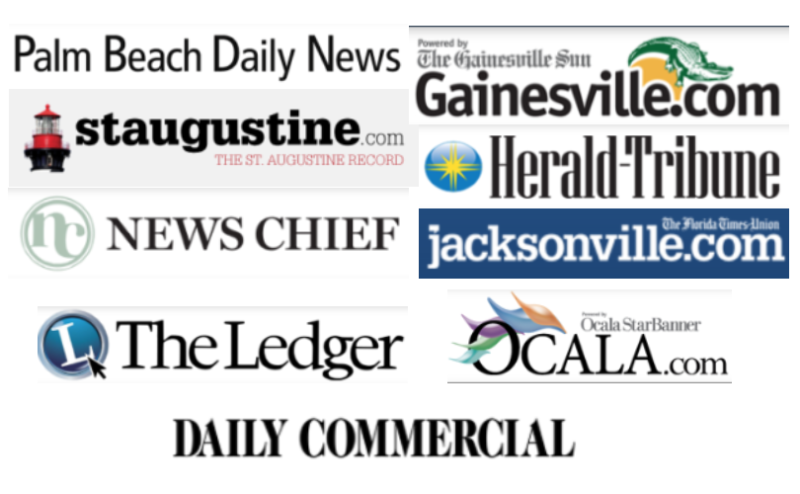 Our recent research on school shootings has gotten an extensive editorial write-up in nine newspapers across Florida.

. . . This year, Republican state lawmakers and Gov. Ron DeSantis, also a Republican, expanded the program by enacting legislation that allows teachers to participate. The move was widely condemned by the statewide and local teachers’ unions, anti-gun activists and liberal politicians who made fearmongering, emotional claims about the increased risk of teachers carrying guns to protect themselves and their students. Critics ignored both the recommendation to arm teachers by the special task force that investigated the Douglas High shooting, and data that show violent crime in Florida and across the country has dropped to the lowest levels since record-keeping began, even as the number of firearms throughout the country as proliferated.

The common refrain among opponents was that students may seize a gun from a teacher, or that a frazzled teacher may end up shooting students or faculty in an active-shooter event, or that police might mistake an armed teacher for the gunman. They instead called for stricter gun control, more regulation of gun purchases and more resources to treat mental health matters, which seemed to be a common factor among mass shooters.

Yet at roughly the same time as Byrd’s announcement, John Lott, president of the Crime Prevention Research Center and one of America’s foremost researchers of gun ownership and gun crime, released a study that, had it received wider attention, might have poured cold water on some of the critics’ arguments.

Lott’s report coincided with the 20th anniversary of the Columbine High School massacre in Colorado. He noted that since Columbine some 20 states had enacted laws to permit teachers to carry guns in some capacity.

Lott then analyzed all K-12 school shootings that occurred between January 2000 through August 2018. He reached one overarching, and sobering, conclusion: School districts that arm teachers are remarkably safer than those that don’t.

“There has yet to be a single case of someone being wounded or killed from a shooting, let alone a mass public shooting, between 6 AM and midnight at a school that lets teachers carry guns,” Lott observed. “Fears of teachers carrying guns in terms of such problems as students obtaining teachers (sic) guns have not occurred at all. … While there have not been any problems at schools with armed teachers, the number of people killed at other schools has increased significantly — doubling between 2001 and 2008 versus 2009 and 2018.”

Continuing, Lott wrote, “There hasn’t been a single mass public shooting in any school that allows teachers and staff to carry guns legally. … If there is going to be a school shooting at a school with teachers carrying guns, it will most likely be during hours when no teachers are present.”

Additionally, he noted, “The average rate of death or injury from shooting is 0.039 per 100,000 students across all schools (so the rate is higher among schools that don’t allow teachers to carry), while it is 0 per 100,000 in schools with armed teachers.” “In Europe, which has suffered three of the five worst K-12 school shootings in the world,” Lott pointed out for contrast, “every single mass public shooting has occurred in a gun-free zone.”

We pray that Byrd is correct: that guardians will be a sufficient line of defense in Polk County schools. Of course, as Lott wrote, security personnel often become a gunman’s first target because eliminating them eliminates his main threat. In his report, Lott asks, “What’s our backup plan when violence does occur?” Apparently, since Polk opted to not arm teachers, our school district doesn’t have one.

It’s unfortunate that Byrd and the School Board, which applauded her stance, chose to rely on anti-gun hysteria instead of facts in making this decision. Let’s hope that won’t cost children their lives.

Tampa Bay Times, June 1, 2019, quoting part of the above editorials.

“Back in late April, as the Legislature was wrapping up a bill that would allow Florida’s school districts to arm their teachers, Polk County Public Schools Superintendent Jacqueline Byrd slammed the door shut on the idea.… Yet at roughly the same time as Byrd’s announcement, John Lott, president of the Crime Prevention Research Center and one of America’s foremost researchers of gun ownership and gun crime, released a study that, had it received wider attention, might have poured cold water on some of the critics’ arguments.”