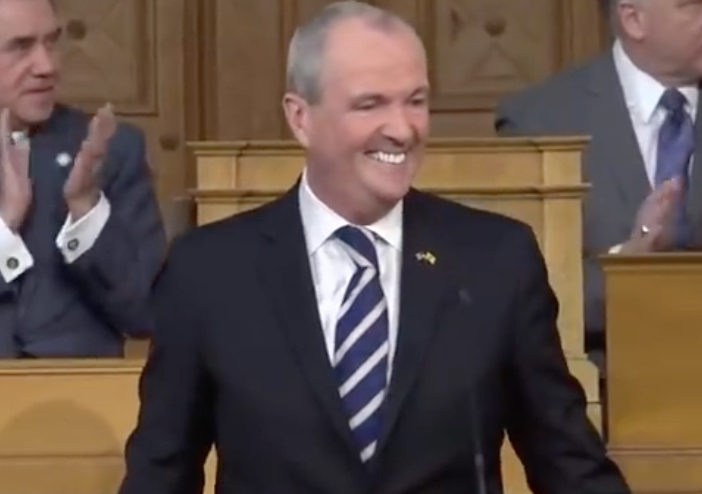 We have noted many times how Democrats want to prevent poor minorities from owning guns. Democrats are now making gun ownership even more expensive. The New York Times reports: “Having a gun in New Jersey could soon cost 20 times as much: Gov. Philip Murphy’s proposed fees — $550 to own and carry a gun, up from $27 — would be among the highest in the U.S.”

Though New Jersey has strict gun control laws, its firearms fees have not changed since the mid-1960s, making it a bargain for gun owners. A firearm identification card costs $5, while a permit to own a firearm is $2. A permit to carry a gun costs $20. . . .

Mr. Murphy, a Democrat, has proposed fees that would be among the highest in the country. An identification card would cost $100, an owner’s permit would be $50 and a carry permit $400. . . .

“This is clear bullying of law-abiding gun owners in the state,” said Cody McLaughlin, spokesman for the New Jersey Outdoor Alliance, a pro-hunting group. “You’re talking about sportsmen that are already paying hundreds of dollars a year in license fees.” . . .

Besides raising fees on gun ownership, Mr. Murphy is also seeking an ammunition excise tax of 10 percent and a firearms excise tax of 2.5 percent. . . .

The projected annual revenue from the new fees and taxes is about $9 million, according to the State Treasury Department — a fraction of the $38 billion budget. . . .

“It’s going to affect gun shops tremendously,” said Lisa Caso, who owns Caso’s Gun-A-Rama in Jersey City. “It’s going to deter a lot of people from buying permits. In our business, you have people coming in who barely have money to buy the most modestly priced guns, which are around $300.” . . .

For information on fees for concealed carry permits, see our report here. By our count, this would be the highest fee for any state, including Washington, DC. In California, permit fees vary by county and range from $150 to $300. DC has a fee of $275 for five-year permits. Of course, there are also additional costs for training. 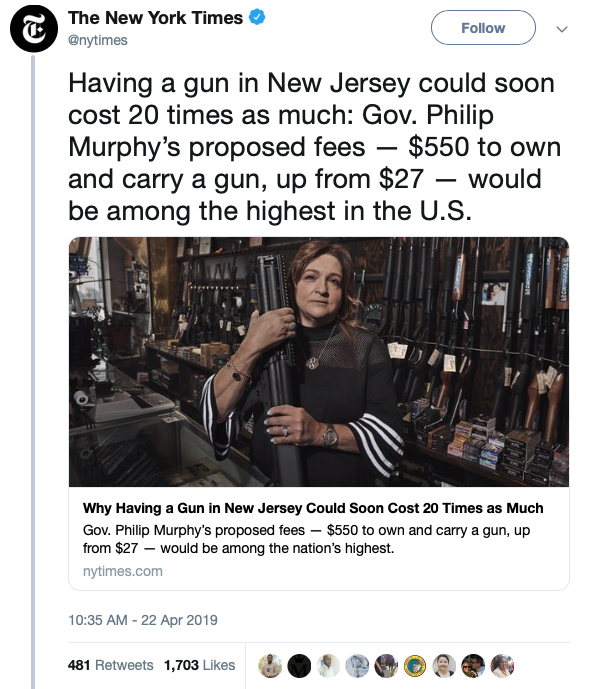 impact of gun control on the poor

Even in Chicago, views on guns are starting to change: When police can’t protect people, what do you do?