Dr. John Lott’s newest op-ed discusses the new media’s grossly exaggerated costs from closing the U.S.-Mexico border. He also goes through some of our research regarding the costs of illegal aliens. (Not surprisingly, Everytown’s paid PR secretary Adam Sege keeps doing his job and attacks me again because of this piece. But in a typical Media Matters type attack, a group Everytown works closely with, his approach and the entire Everytown group never engage in substance. Just vague personal attack & run away. Sege’s Twitter post is noted below.)

Let’s hope that President Trump’s “one-year warning” issued to Mexico Thursday to halt the flood of illegal drugs and migrants entering the U.S. – or face a border closure and new tariffs – will influence Mexico to make some real changes.

Unfortunately, the media’s continual exaggerations of the dangers of closing the border may give Mexico the idea that the U.S. lacks the willpower to carry through on the president’s threat. If Mexican leaders conclude Trump is bluffing, there will be little reason for them to change their behavior.

Take the headline this week in the Washington Post, sternly warning: “U.S. would run out of avocados in 3 weeks if border is closed.”  USA Today, NBC News, CBS News, CNN, and many other media outlets have run virtually identical headlines.

The stories all paint a simple picture: we would soon have no avocados to eat unless we keep getting them from Mexico. After all, avocados can’t be stored for more than three weeks, and nearly 90  percent of our current imports come from Mexico.

The news media are hyping avocados the most because they think that will strike close to home with people. But despite the certainty of these news stories, avocados wouldn’t disappear even if the border was closed for months.

The economics are straightforward. Mexico grows about 34 percent of the world’s avocados, and they account for almost half the exports. But other major producers include the Dominican Republic, Peru, Colombia and Chile.

The price of avocados could go up a little, since it’s more costly to ship from South America. But we wouldn’t run out of avocados or any other foods.

The U.S. imports about $26 billion in food from Mexico each year. That’s just a small fraction of the $1.62 trillion that Americans spent on food and beverages in 2017.

The No. 1 food and beverage import from Mexico is beer, with a value of $3.3 billion annually. But plenty of substitutes are brewed in the U.S., which annually spends $35 billion on beer.

There are places along the border with Mexico that would bear a disproportionate burden from a shutdown. But the news media are exaggerating the costs to the U.S.

What about the costs of continuing to have a porous border through which illegal immigrants can cross?

Take just the costs of education. The average per-pupil cost of public schooling (including the costs of facilities) is over $13,200 per year.

Conservatively, approximately 540,000 school-age illegal immigrants (ages 5 to 17) live in the U.S., along with another 2.54 million U.S.-born children of illegal immigrants. Their schooling costs taxpayers at least $41 billion a year. That figure increases if these students go on to public colleges. . . . 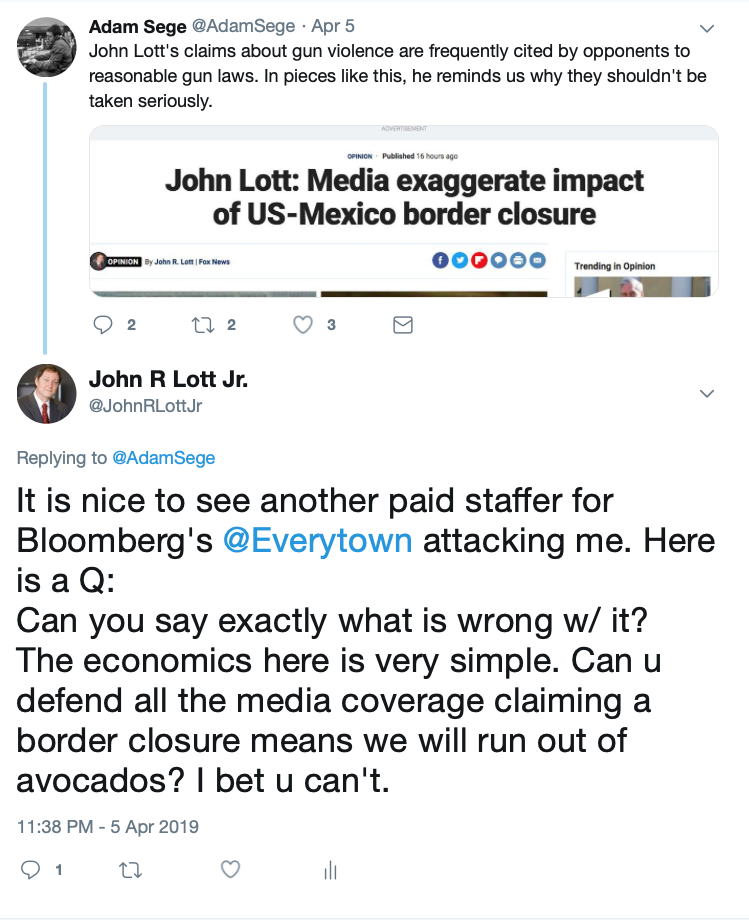