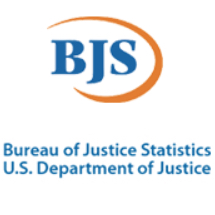 The gun show loophole has always been a misnomer because it implies that somehow the rules for buying a gun in a gun show are somehow different than buying a gun outside of a gun show. The other part of this is that the multiple surveys done of criminal criminals find that virtually no criminals obtain their guns from gun shows. In 1991 and 1997, only 0.6% and 0.7% of criminals obtained guns from gun shows. The new 2016 survey conducted during the Obama administration found that number was still only 0.8%. Among the Bureau of Justice Statistics other findings, criminals used a firearm in 23% of violent crimes and just 2% of property crimes.

Just like people can get drugs from drug gangs, those same gangs provide illegal guns. Mexico has had only one gun store in the country since 1972 and the most powerful rifles are .22-caliber, but those aren’t the types of guns used by drug gangs. Drug gangs can bring in guns into a country just as easily as they bring in illegal guns. If you think that you will be any more successful in stopping drug gangs from getting guns than you were in stopping them from getting illegal drugs, good luck.