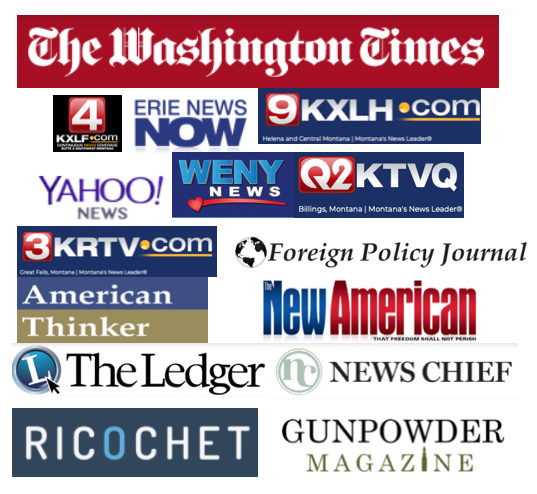 The Crime Prevention Research Center, a pro-gun rights think tank, reports that there were approximately 17.25 million concealed handgun permits issued in the United States as of August 2018. . . . .

According to the conservative Crime Prevention Research Center, at least 30 states allow the practice or do not specifically outlaw it. . . .

This is how much more likely undocumented immigrants are to be convicted of a crime than other Arizonans, according to a study of data in that state by economist John Lott of the Crime Prevention Research Center.

This study has been pointed to by the Justice Department and by a number of politicians and organizations who favor restricting immigration. It’s also drawn sharp criticism from the Cato Institute and other researchers, who argue that the study misinterpreted data. Lott has stood by his research. . . .

On Saturday, he tweeted that an imminent decree would make gun possession a lot easier for adults over 25 with no criminal record.

He maintains that allowing “good” people to own guns will deter criminals, as well as bring down Brazil’s record number of homicides, which reached nearly 64,000 last year.

However, observers [cough! Journalists?] fear that will usher in vigilante justice, and a poll by the Datafolha institute published Monday found 61 percent of Brazilians were against the idea.

Brazil does have a history of death squads, and no doubt many people are fed up with the rampant violence in major cities. But legal guns in the hands of good citizens does tend to reduce crime, as John Lott’s pathbreaking study revealed. . . .

In its reporting of the president’s decree, Samantha Pearson of the Wall Street Journal said that “Brazil is set to embark on an experiment that will determine what happens when you loosen restrictions in a country battling an overpowering wave of gun crime.” (Emphasis added.)

This is no experiment. Pearson would do well to note Dean Weingarten’s reminder published in Ammoland:

Or she could read John Lott’s book More Guns, Less Crime, in which he proves the inverse relationship between gun ownership and the rate of violent crime. . . .

Let’s begin with the obvious: Safe, responsible concealed carry is a herd immunity against crime. Dr. John Lott made this abundantly clear in his seminal work, “More Guns, Less Crime,” and it’s time for gun owners to take up the charge and come out of the shadows. . . .

Crime prevention researcher John Lott noted at the time of the [Second Amendment] Caucus’ initial iteration, “With so many laws disarming the poorest and most vulnerable people in our society and others who face real threats to their and their family’s safety, it is reassuring to know that the Second Amendment Caucus is there to ensure people’s safety.” . . .