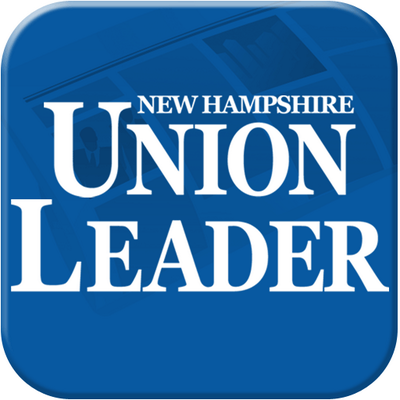 At the Union Leader (NH): The State House is safer with guns

Dr. John Lott’s piece at the Union Leader (New Hampshire) addresses the move by state House Democrats to ban the carrying of guns at the state Capitol. His piece starts this way:

One wonders how Democrats in the New Hampshire State House ever go to restaurants or movie theaters or grocery stores. But as they move to ban House members from carrying concealed handguns, Democrats worry, despite all evidence to the contrary, that there is a real danger to letting people keep continue carrying guns.

Unfortunately, the debate isn’t just limited to state legislatures. Congressmen and Senators have brought guns onto the U.S. Capitol grounds or into their offices and it hasn’t been a problem for 242 years. But Democrats are now promising to end that practice when they retake control of the House of Representatives next month.

Congressman Jared Huffman (D-CA) claims that the shooting attack against Republicans playing baseball in 2017 convinced him of the need for a change. Huffman worries that “our political climate is too volatile” for legislators to carry guns. Huffman now has the support of Nancy Pelosi (D-CA), who is vowing to change the policy after she becomes House Speaker.

Huffman has the problem backward. The Republican legislators only survived the shooting at their baseball practice because of Majority Whip Steve Scalise’s (R-LA) security detail, to which he was entitled as a member of the House leadership. There would have been a horrible massacre if not for the Capitol Police.

At least five of the congressmen had concealed handgun permits from their home states. At least one aide also revealed that he had a permit. Others may be reluctant to announce publicly that they carry, since it’s better that potential attackers do not know who is armed. When attackers know who is armed, they know who to shoot first. Uniformed police are practically wearing a neon sign flashing: “I have a gun. Shoot me first.”

But the District of Columbia’s gun regulations meant that no one had a permitted, concealed handgun at the congressional baseball practice. Virginia, where the attack occurred, honors permits from every other state. But as Rep. Mo Brooks of Alabama told me last year: “My residence is in the District of Columbia, which means that it would have been illegal for me to take my weapon with me to the ballpark—about a 9-mile bike ride—and it would have also been illegal for me to come from Virginia back into D.C. with my weapon.”

The problem with gun-free zones, which ban law-abiding civilians from carrying, is that they don’t exactly scare off criminals. In fact, they have just the opposite effect. Disarming everyone, including legislators or staffers, on their way to and from the buildings leaves them easy targets to criminals and terrorists.

For example, Kentucky allows permitted concealed carry in Legislative areas, including the Capitol. You must carry your gun openly if you attend a legislative meeting, though no permit is required.

In Texas, any concealed handgun permit holder can carry in the Capitol. Registered permit holders get to skip the metal detector, since they have already passed a criminal background check. After a while, lobbyists and journalists figured this out and got their own permits.

No one has been killed or injured by a gun legally brought into Capitol buildings.

Since 1950, 98% of America’s public mass shootings have occurred in areas where guns are prohibited to the general public. In Europe, every mass shooting has happened in a gun-free zone. . . .