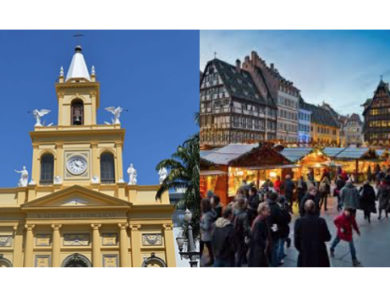 Two mass public shootings this week in Brazil and France

It isn’t too surprising that many Americans think that the United States is unique in terms of mass public shootings simply because the US media either completely ignore or barely covers attacks outside the US. Both Brazil and France have extremely strict gun control.

A gunman opened fire in a Catholic cathedral near Brazil’s most populous city, São Paulo, killing five people and wounding several others.

The attack happened towards the end of a midday service in the Metropolitan Cathedral in Campinas city, police say.

The gunman, carrying a revolver and a pistol, rose from his seat and started shooting randomly, Brazil’s O Globo News reports. . . .

A fourth victim has died following the gun attack on the Christmas market in the French city of Strasbourg, the Paris prosecutor’s office has said.

He was named as Italian journalist Antonio Megalizzi by Italy’s PM. . . .