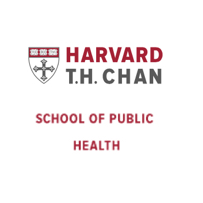 People often link to the Harvard Injury Control Research Center page on Homicide as evidence to prove that gun ownership is a negative. If guns are on a net negative on safety, how come every single place that has banned guns (all guns or all handguns) has seen an increase in murder/homicides? Of course, there are also all the peer-reviewed studies (see here and here for some examples). Public health research is very poorly done. Dr. Lott has a recent book, The War on Guns, that discusses some of the problems with many public health studies. More examples of problems are available here.

The discussion below primarily focuses on a couple problems that are observed over and over again in many public health studies: either they use purely cross-section data or the studies with panel data, which follow many different places over time, fails to use the proper controls that are used in normal academic empirical research.

Rates of Household Firearm Ownership and Homicide Across US Regions and States, 1988–1997

Very basic control variables that they have used in other papers are not used here: No fixed effects for state and year. There is a big benefit to using so-called panel data, where you can more accurately account for differences in crime rates across states or over time.  This method is called “fixed effects.”  Ask any academic who deals with this type of data, and they will tell you that these are basic controls that all papers in this area account for.

There are many other strange things about these public health studies. For example, it isn’t obvious why one would want to use homicides, which includes justifiable homicides, and not murders. One expects that were people have guns they might be more likely to have defensive guns uses.

We have already posted a discussion of this paper available here. But it provides a useful example of how sensitive results are to not properly accounting state and year fixed effects. With no explanation, their paper accounts for state, but not year, fixed, and including them reverses the results that these authors claim to find.

State-level homicide victimization rates in the US in relation to survey measures of household firearm ownership, 2001–2003

Again purely cross-sectional estimates, not panel data, with all the problems just noted. Very difficult to account for differences across countries.

Where there are more guns there is more homicide (literature review)

Firearm availability and homicide: A review of the literature

This survey is of papers such as the other ones that are discussed here.

“As part of his extensive research on concealed weapon laws, Lott (1998) found that increasing gun ownership in states reduced the homicide rate. Using data from two election exit polls conducted by news organization following the 1988 and 1996 presidential elections, the author reported that gun ownership increased over time, from 27.4% reporting ownership in 1988 to 37% in 1996. All other surveys find household gun ownership levels decreasing during this period. According to the Voter News Service, the organization responsible for conducting the polls, the data cannot be used to determine state-level gun ownership. The polls only surveyed actual voters, a minority of the adult population, the questions regarding gun ownership changed between the two polls, and the sample size was too small for reliable state-level estimates.”

It is simply false that all other surveys found that gun ownership rates were falling over that period of time. For example, Gallup foundthat 44% of Americans owned guns in their homes in 1985 and 45% in December 1996. In any case, since the estimates in More Guns, Less Crime account for year and state fixed effects, the issue is relative changes in gun ownership rates, so whether the average gun ownership rate goes up or down isn’t relevant. The big advantage of the Voter News Service surveys is that they are very large surveys, with the 1988 survey having 34,245 people and the 1996 survey interviewing 3,818 people.

The survey results were weighted by the shares that those participating from the census to account for the difference between the percentage of males and females; whites, blacks, Hispanics and others; and these groups by age categories that are in the voting population relative to the actual state-level populations recorded by the census. While those who vote are undoubtedly different, we still have the relative shares of the total state populations.