Concealed handgun permit holder stops gunman who was firing his gun at Titusville, Florida back to school event 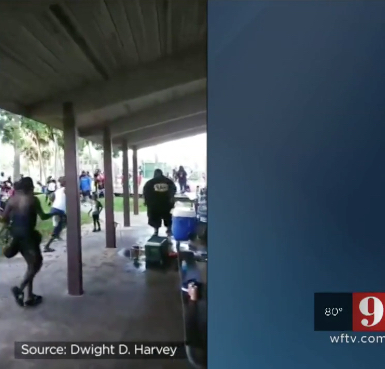 Titusville Police still have not released the name of the man who stopped the shooter at a park on Saturday, but they are calling him a hero.

The gunshots still echo across social media, after the emcee at Titusville’s Peace in the City event posted a Facebook live video of the shooting. When a good Samaritan carrying a licensed concealed weapon shot the attacker, police say he did the right thing.

“Based on the information that we’ve gathered,” said Titusville Police Sgt. William Amos.  “This person stepped in and saved a lot of people’s lives.” . . .

Titusville Police are calling the bystander who shot a gunman who opened fire at a park full of kids on Saturday a “hero.” On Monday, police said they aren’t releasing the names of those involved and said the citizen who returned fire on the suspect won’t be facing charges.

“He’s a hero,” Titusville Police Sgt. Bill Amos said. “This park was filled with families and children and, at that time, it was an active shooter situation for him and he was trained enough to deal with it and he did.” . . .

The video here puts the number of people attending the event at over 200.

Original: The only person hurt was the man who started firing at other people. The attack occurred at a back to school “Peace” rally, that was aimed at protesting all the violence, with “about a dozen total shots were fired.” From WFTV Channel 9 ABC in Fort Lauderdale (video available at the link).

. . . The shooting occurred at Isaac Campbell Park on South Street shortly after 5:20 p.m. when the shooter, whom police have not identified, returned to the park after a fistfight and began firing.

A bystander licensed to a carry a firearm then shot the shooter, who was flown to a nearby hospital with life-threatening injuries, police said.

The bystander who shot the suspect waited for officers and has been fully cooperative with the investigation, police said.

“We are extremely grateful that nobody else was injured in this incident,” said Deputy Chief Todd Hutchinson. “This suspect opened fire at a crowded public park, this could have been so much worse.”

A flyer posted on Facebook and Instagram said a back to school event called “Peace in the City” was going on at the park when the shooting happened. . . .

A witness at the scene praised the concealed handgun permit holder.

“I was like, who lit firecrackers? I turned around and just said, ‘Oh no, he’s got a gun, he’s got a gun,’” recalled Harvey, the DJ whose family organized the back-to-school event Saturday at Isaac Campbell Park in Titusville.

“I thought to myself, ‘did this just happen?’ People were taking cover, everybody was scattered,” said Harvey, who told children amid the screams and chaos to run. Sunday, Harvey said he was thankful that a private citizen was in the right place at the right time to quickly end what could have been an even worse situation.

“This was standing your ground, in a situation like this with kids involved, not what you saw in Clearwater, that was murder,” . . . .

Here is our list of recent mass public shootings that have been stopped by concealed handgun permit holders.

At this point, it is too early to know whether many lives were saved by this permit holder. 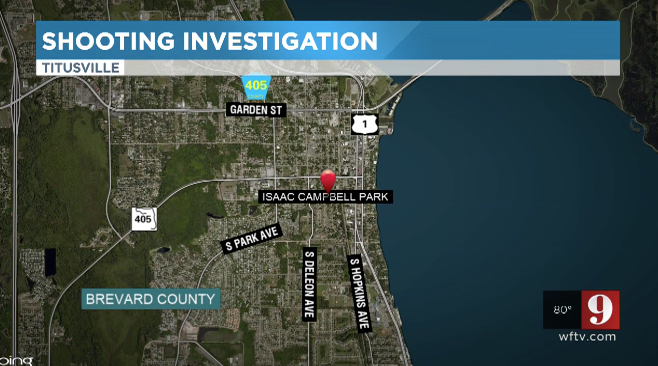