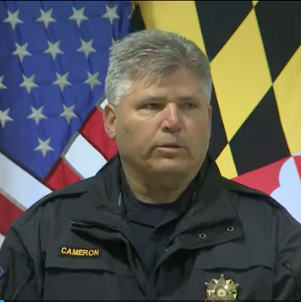 Over the last two months, what would have been mass public shootings at schools in Illinois and Maryland were stopped by armed school resource officers.  Of course, this should be three cases in a row. While Broward Deputy Scot Peterson arrived at the building one minute after the attack started, it was another 10 minutes before any officers attempted to enter the building.

After the Antioch Waffle House shooting a number of gun control advocates have said that case showed that one doesn’t need a gun to stop someone with a gun.  Good luck with that.  It isn’t that once in a while that can’t be true, but, as a general rule, that is not the best advice.

In any case, these examples don’t take away from our concern about the extremely difficult job that uniformed officers face in stopping these types of attacks, that they will frequently become the first target because the killers know if they kill the single armed officer, no one will be able to stop them.

The attack began shortly before classes were scheduled to start at Great Mills High, a 1,500-student school 65 miles south of Washington, D.C. Cameron said Rollins was armed with a Glock, semiautomatic handgun when he shot a 16-year-old female student in a hallway. A 14-year-old male student also was shot. . . .

The school resource officer confronted the suspect, who then fled from the school with the officer in pursuit, Howell said. During the pursuit, the suspect fired several shots at the officer but did not strike him.

The officer returned fire and struck the suspect, who was then taken into custody just west of the school, Howell said. He was taken to a hospital with non-life-threatening injuries. No one else was injured. . . .

← On the Michigan Talk Network about how television shows provide an inaccurate and biased portrayal of gun ownership On Gun Freedom Radio to discuss comments by Parkland student David Hogg, the role of media Fact Checkers, and the debate over teachers carrying concealed guns →