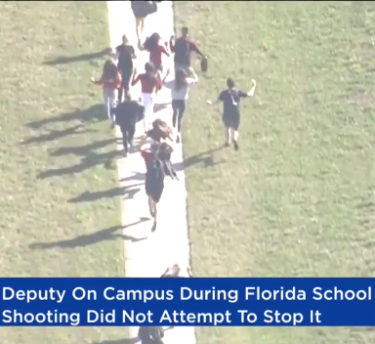 The Miami Herald has this description of the incredibly slow response from the Broward Sheriff’s office.  While Broward Deputy Scot Peterson arrived at the building one minute after the attack started, it was another 10 minutes before any officers attempted to enter the building.  From the Miami Herald:

Cruz was dropped off at the school by an Uber at 2:19 p.m. Two minutes later, he entered Building 12. He began firing within 15 seconds. [Broward Deputy Scot Peterson], at the time, was near the administration building.

At 2:22 p.m. the fire alarm was triggered, blaring throughout the entire campus. The first 911 call also went out, via Coral Springs emergency dispatch center. . . .

[2:23 p.m. “Peterson arrived at the southeast corner of Building 12, where he appeared to remain ‘for the duration of the incident.’”]

It was at 2:32 — 11 minutes after the shooting began — that four Coral Springs officers and two BSO deputies made the first police entrance into the building, helping to “extract a victim.”

Jordan is back on the radio one minute later: “I want to make sure that we have a perimeter set up (unintelligible), all the kids are getting out, but we need to shut down around this school.” . . .

Below is a picture of the school and the Freshman building where the attack occurred is noted.  This is just one of many buildings at the school.  Click on picture to enlarge. 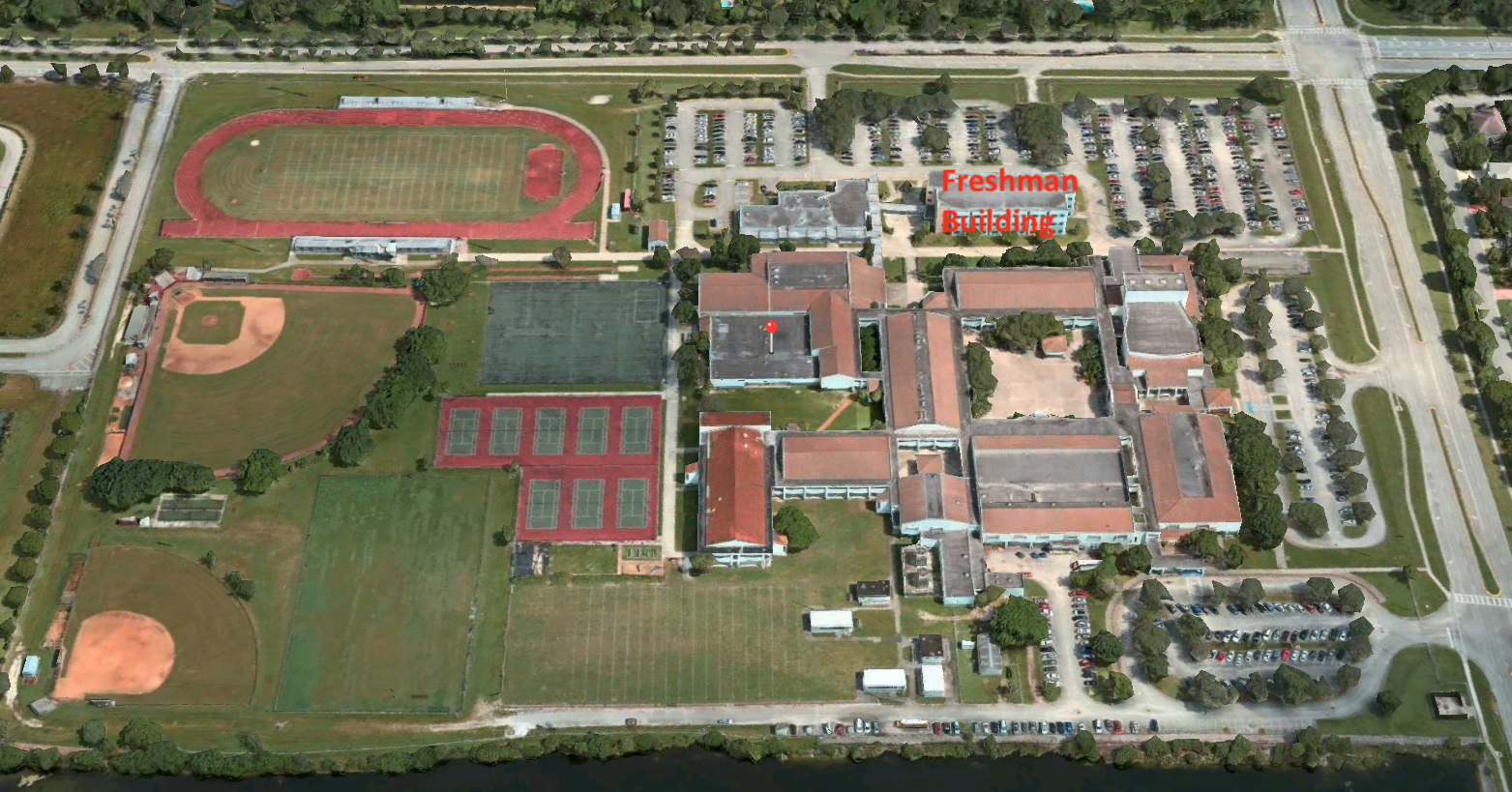