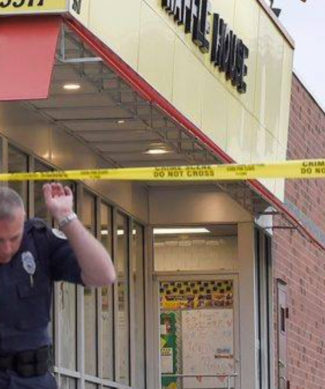 Billy Welch was in full military gear, with his holstered gun at his side, when he visited the Nicholsville restaurant in the early hours of Sunday morning.

But when he went to order his food, he claims he was taken aside by a waitress who told him Waffle House did not allow sidearms. If he wanted to get served, he would have to leave his gun outside.

Military policy means weapons should not leave a soldier’s side for a moment, according to Welch.

Yet when he tried to explain to staff that he did not ‘feel comfortable taking my firearm away’, he says he was simply told that it was part of the chain’s no firearms rules, AOL reported.

Faced with eating or breaching military code, Welch said he had no alternative but to leave and go hungry. . . . 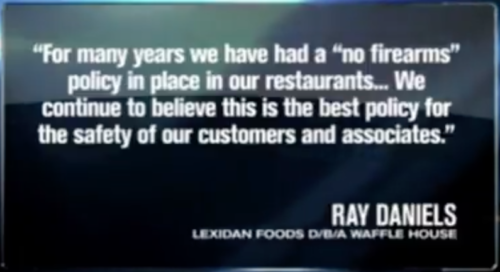 Here are two pictures of a sign at the Antioch Waffle House. 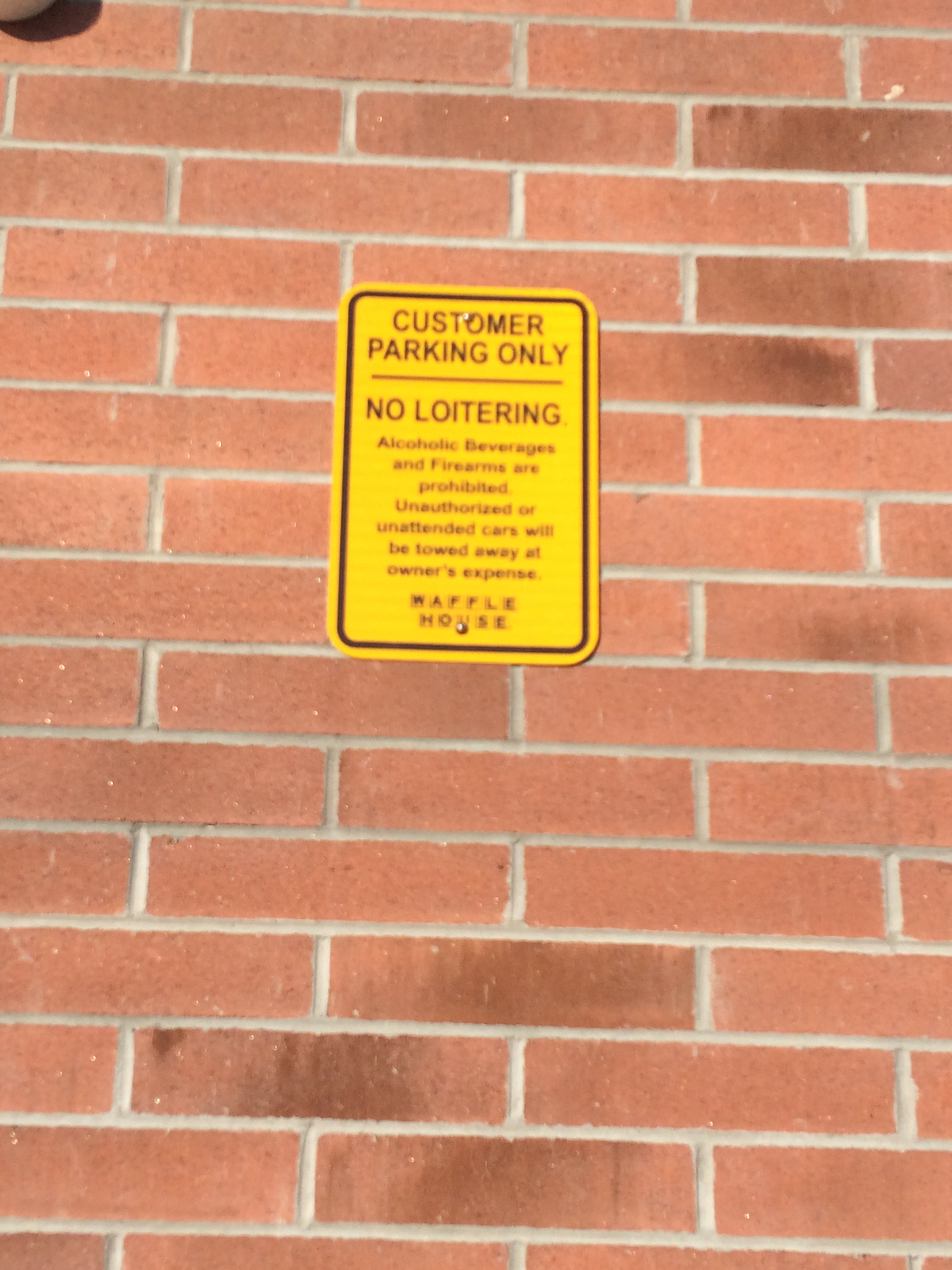 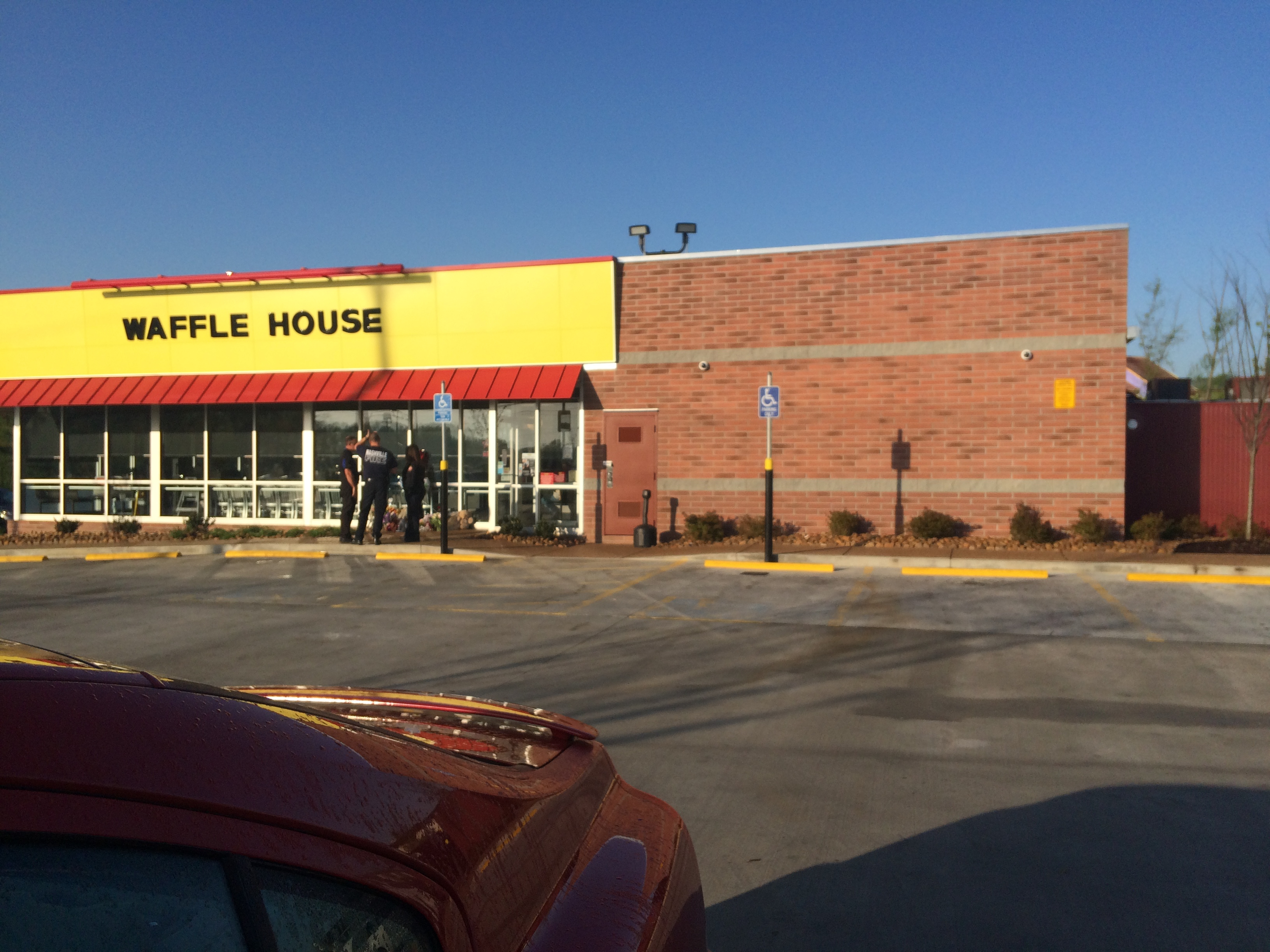 Allowing police to carry in the restaurant is fine, but if an attack is going to occur, a uniformed officer will be the first target.  A terrorist has a huge strategic advantage.  Concealed handgun permit holders limit that advantage.

Waffle house has been the scene of numerous attacks over the years, but they have yet to change their policy.

One of our supporters sent us this:

I called the corporate headquarters and asked when their policy was on guns in their restaurants.  I was routed to the security department and the woman who answered was very evasive.  She never gave me a straight answer and accused me of being “insensitive” by asking that question after last weekend’s events.  The number is 770-729-5700.

We have tried calling them up this afternoon at 4:20, but have been told that neither their PR person nor their security department were available for comment.  Their legal department talked to me briefly and then has kept us on hold from 4:47 to 6:23 PM.  If others have interactions with Waffle House, please let us know.

Mass public shooters keep targeting gun-free zones for their attacks.  These guys might be crazy, but they’re smart enough to understand that some targets are more vulnerable than others.

The list of fatal shootings at Waffle House restaurants is significant.

Within hours of the attack, we found quite a bit of detail about what time of person the killer, Travis Reinking, is.  Here is an article in the Nashville, Tennessean early the next morning after the attack:

The 29-year-old Illinois man accused of carrying out a fatal shooting Sunday morning at an Antioch Waffle House previously had weapons removed from his possession after a 2017 arrest near the White House.

Newly obtained Illinois police records also show the suspected shooter thought he was being stalked by Taylor Swift and had previously threatened people with an AR-15 rifle. . . .

← Crime Prevention Research Center in the News: Townhall, PoliZette, The Daily Signal, WRAL and many others UPDATED: Vehicle attacks around the world since 2000 →