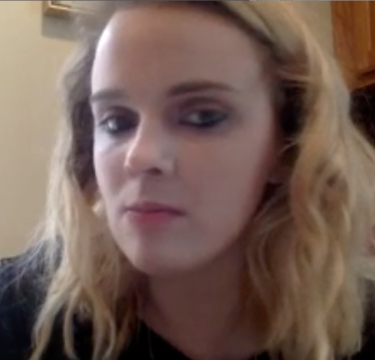 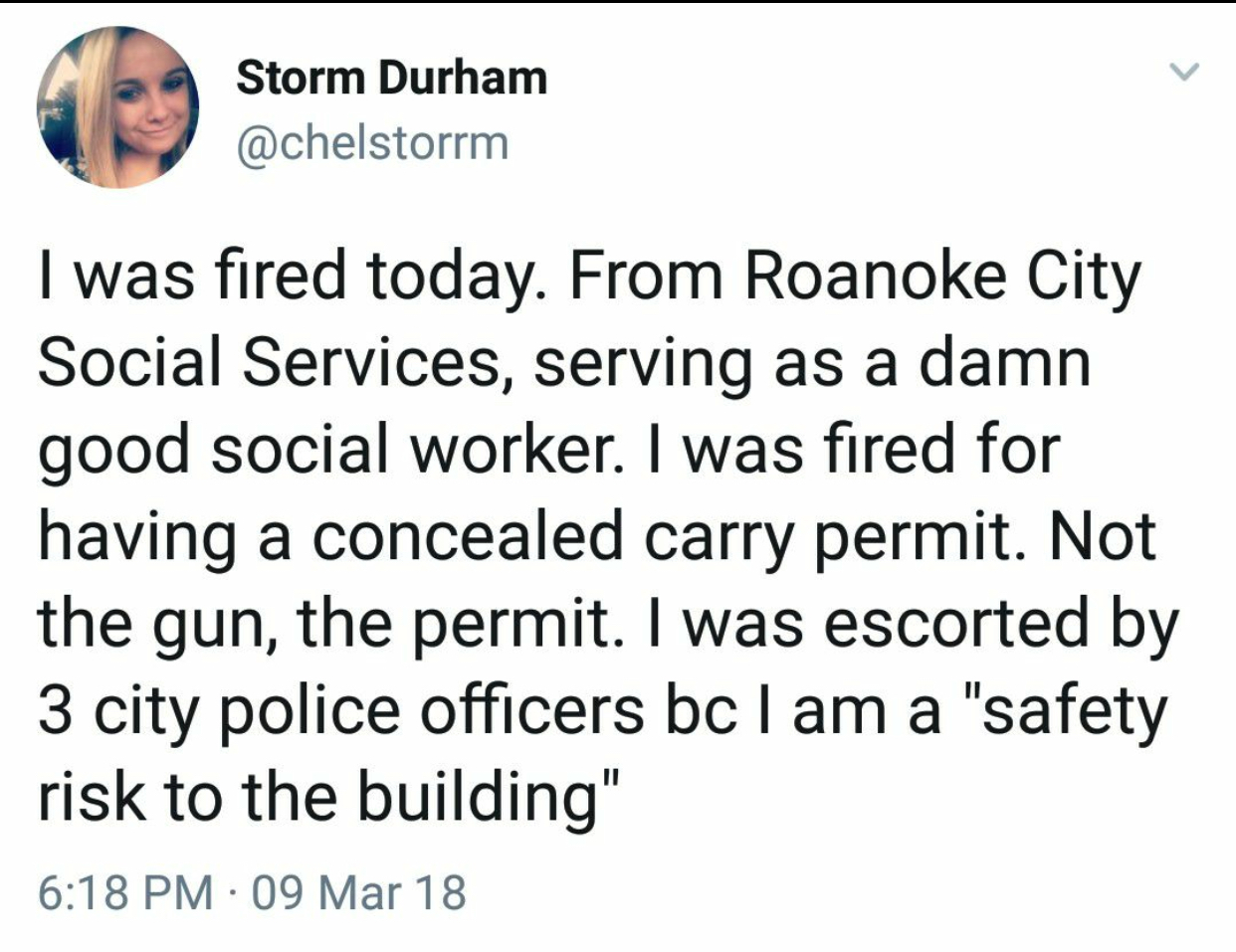 A 22-year-old woman claims that she was fired from her job as a social worker simply because she has a concealed handgun permit, not because she actually had her gun with her near work.  Durham is a victim of sexual assault who apparently got her permit because she was fearful that her attacker would retaliate against her.  Durham also supported Hillary Clinton during the 2016 general election.  For those interested, here is a radio interview that Durham had today with Angie Austin and Mike Opelka on KLZ-560am in Denver.

If you listen to the interview, you might come away believing that she should be carrying a gun with her on her job.

Some such as this man who identifies himself as a professor of journalism reacted quite viciously to Durham’s Tweet.  He starts off by saying that her losing her job is good.

Unfortunately, it is just one set of many attacks on her.  Others are pretending to be co-workers who say that her boyfriend threatened her workers with a gun.  We suspect that what has actually happened in this case will be known by Monday.