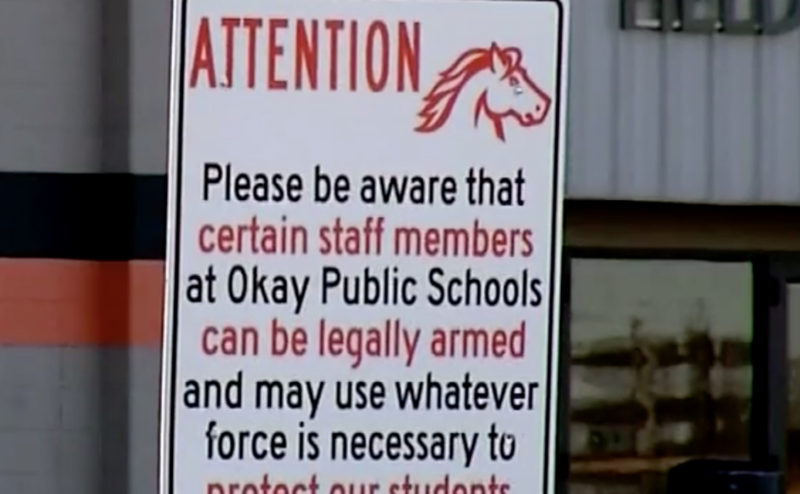 When teachers have been given a chance to learn how to carry a concealed handgun, many have jumped at the chance

Three or four teachers and staff carrying at schools would probably be enough to protect most schools.  Time after time comments are made that teachers are just unwilling to carry.  Yet, every time free classes are offered for teachers, more want to take the classes than there is available space.

The latest example is from Michigan.

“When the idea of arming teachers was floated by the President, I saw so many people coming out against it, saying teachers did not want it,” Barbour told The Daily Caller. “I thought I’d do my part and just offer some free classes.”

From Butler County, Ohio, where are are 83 public schools (if you also add in charter and private schools, the total is 116):

Hundreds of teachers and school employees in an Ohio county have signed up for a concealed weapons class their sheriff offered in response to last week’s deadly shooting at a Parkland, Florida, high school.

Butler County Sheriff Richard Jones announced the free training on social media on Sunday evening and said there were 50 requests in 20 minutes.
He closed sign-ups on Tuesday morning after receiving 300 requests. . . .

A suburban Chicago gun range is offering free concealed-carry classes for teachers and reports that training slots are filling up quickly.

On Target Range & Tactical Training Center in Crystal Lake announced Tuesday that it is offering free instruction to up to six teachers or other school personnel at each of its concealed carry classes, which it offers about four times a month.

About 30 school employees quickly signed up for the class, and another 50 people called to inquire about it, a sales clerk said. It covers the two-day, 16-hour course required by state law for a license to secretly carry a gun in public.

In Utah from earlier this year (emphasis added):

There has been a huge response from educators who are being offered a free concealed weapon course by a Sandy business called Utah Gun Exchange.com.

“The demand is off the charts,” owner Bryan Melchior said about those who have signed up to take the course on March 3. “We’ve got almost 600 right now.”  . . . Melchior believes he may have at least a thousand showing up by the time the next class takes place.

About 200 Utah educators spent part of their holiday vacation in class themselves — learning how to handle a gun. . . .

Aposhian told CNN that, since this law took effect, there have been no accidents or incidents involving educators’ firearms in Utah schools, nor have there been school shootings in the state.
The aim of Thursday’s six-hour training sessions isn’t to make educators into commandos roaming the halls to engage in shootouts with school shooters, he said. Rather, it’s to give them one more option — should the lockdown policies fail, law enforcement officers don’t arrive on time, and a gunman makes his way into their room.
“When that shooter gets into the classroom, the teacher doesn’t need to do a lot of tactical training to access and engage a firearm,” said Aposhian, who is an instructor at Thursday’s session. . . .

Here is a story about one teacher who talks about carrying every day.

In the middle of a national debate over whether it’s a good idea to arm teachers in order to stop mass shootings in schools, a Utah teacher went on Fox News on Thursday to say she already carries a gun to class every day.

After the attack at the Stoneman Douglas High School in Parkland, Florida, the Wisconsin Attorney General Brad Schimel had a useful quote:

“When you make a school a gun-free school zone, the only person that you’re stopping is the law-abiding gun owner that doesn’t want to get in trouble.”