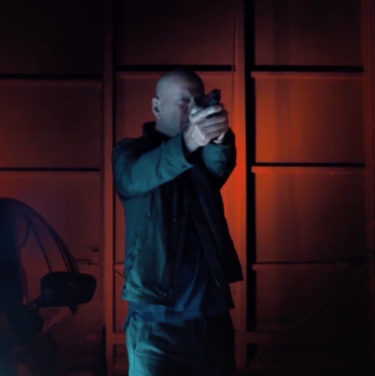 The gap between what audiences think of a movie and what top movie critics think of a movie has rarely been larger than for Bruce Willis’ “Death Wish.”  In fact, it is numerically very difficult for that gap to be any larger.  While only 8% of the top critics (and 14% of all movie reviewers) at Rotten Tomatoes like the new “Death Wish,” 85% of the audiences who saw it like it.

We have done some searching on the Rotten Tomatoes website, but we can’t find anything recent even close to that 78% gap.  Thankfully, the Guardian newspaper looked at 10,000 movies over the period from 1970 to 2013 also using the Rotten Tomatoes database.  We found different numbers for one of the top movies that they ranked (Scary Movie 5 only had an audience score of 38 via Rotten Tomatoes).  In any case, using their list to help us identify the movies with the largest gaps, Death Wish (2018) is ranked as tied for the 11th biggest gap between audience and all critics scores and tied for the second largest gap between audience and top critics scores. 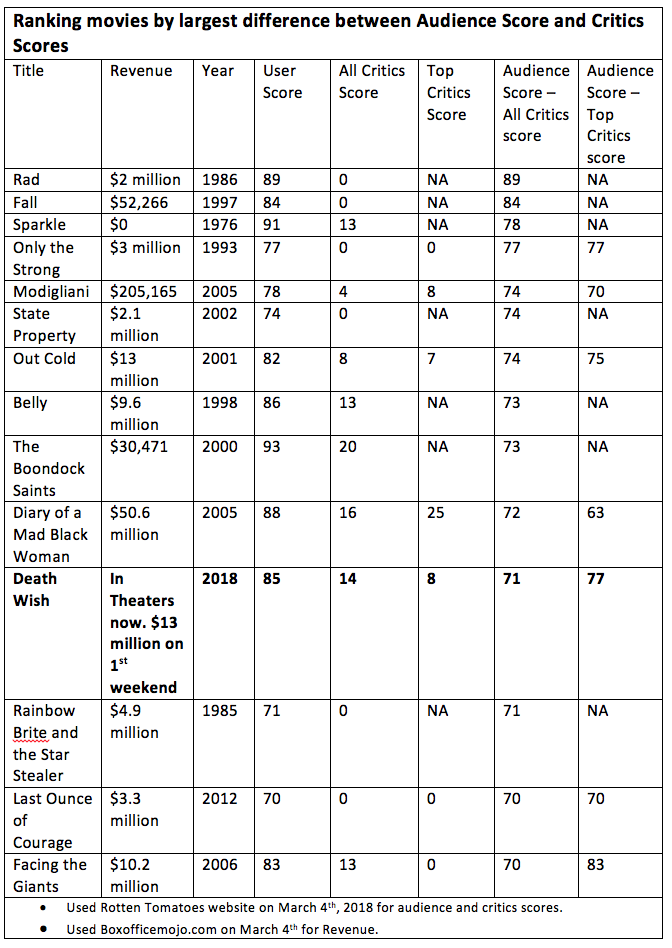 Our previous post on the political bias in the movie reviews for Bruce Willis’ movie is here.