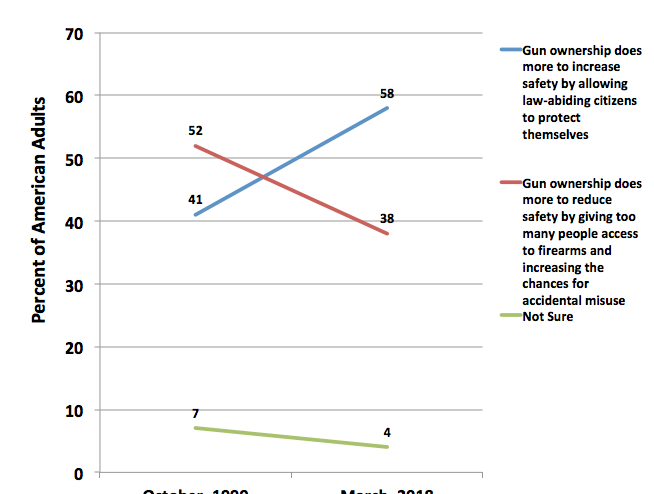 NBC/WSJ (question 14 on page 12) have a new survey by the Democratic polling firm Hart Research, and it finds that Americans are much more likely to view guns as making them safer than they were 20 years ago.

The results show a very similar pattern to that found by Gallup in their survey from 2000 to the end of 2014.

It is this type of survey result that Michael Bloomberg has been spending hundreds of millions of dollars to reverse.  Dr. Lott’s previous research has shown that changes in people’s perceptions of whether guns make them safer is very important in explaining the level of support or opposition to more gun control.