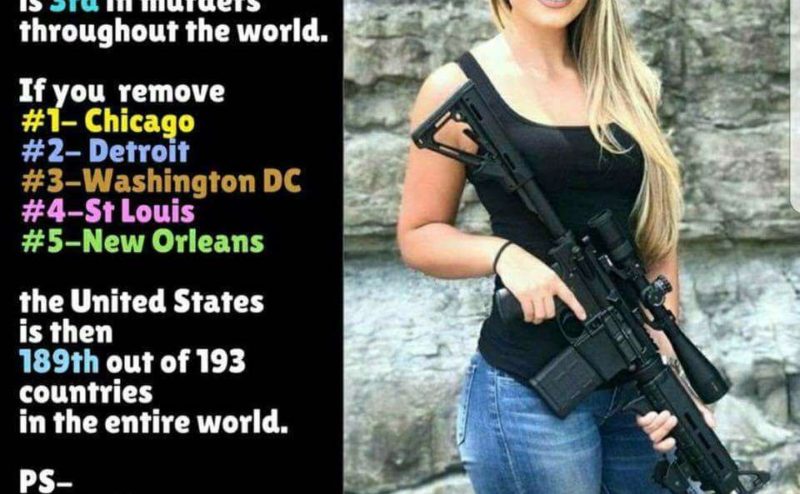 Completely bogus Meme that keeps on being circulated on internet: US has 3rd highest murder rate, but if you remove 5 worst cities, US rate then one of the lowest

We have frequently been asked about this false internet meme and we have referred them many times to the research that we have done on this issue.  Anyone who follows our website would know is completely false.

The claim is that the US has the 3rd highest murder rate, but if you removed Chicago, Detroit, DC, St. Louis, and New Orleans, the US would have one of the lowest in the world.  In particular, the claim is that we would be the fourth lowest. 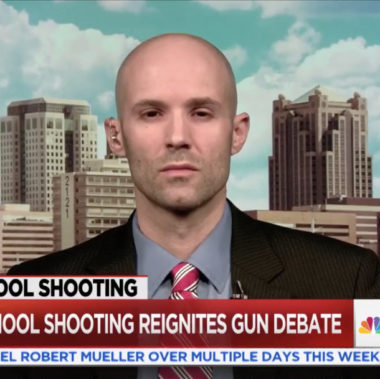 Adam Lankford refuses to respond to questions about his research on mass public shootings, refuses offer to debate
Math errors in the Washington Post Evaluation of Trump’s claim: “murder rate has experienced its largest increase in 45 years” 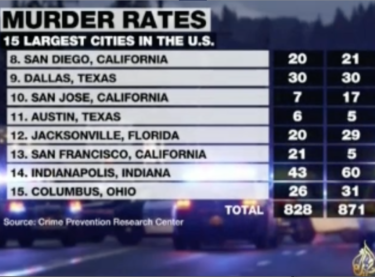