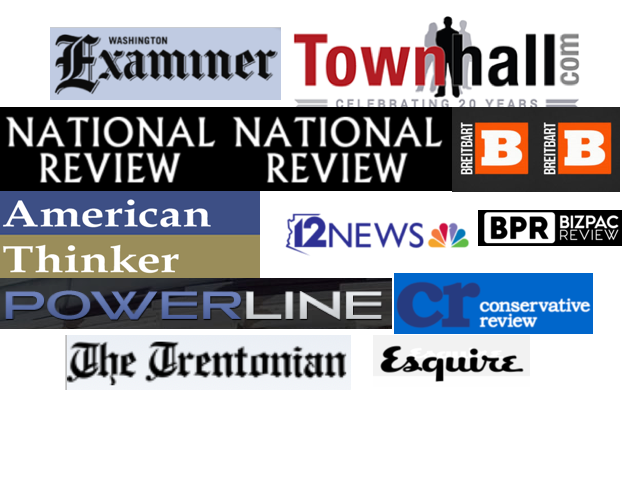 Media discussions on our new research on crime by illegal aliens

A new report about crimes committed by illegals finds that younger undocumented immigrants who were eligible for former President Obama’s DACA amnesty program commit far more crimes than other immigrants or U.S. citizens.

In unearthing rare data that details the crimes and sentences of illegals in Arizona, the Crime Prevention Research Center reported that immigrants age 15-35, the general population of the 700,000 in Obama’s Deferred Action for Childhood Arrivals, “commit crime at twice the rate of young U.S. citizens.” . . .

However, it looks like economist and researcher John Lott has beaten Cato to the punch with a treasure trove of recently released data from another state – Arizona – from January 1985 to June 2017.

Thus begins the second devastating blow in as many months of the “myth of the noble illegal immigrant.” And folks, this one could very well destroy the whole rotten structure.

“Undocumented immigrants are at least 142% more likely to be convicted of crime than other Arizonans,” Lott concludes from the data.

Further, undocumented immigrants in Arizona are consistently more likely to be convicted of murder, manslaughter, armed robbery, sexual assault of a minor, sexual assault, DUI or DWI, and kidnapping, among other serious crimes. And undocumented immigrants are 163 percent more likely to commit first degree murder than are U.S. citizens in the state.

As far as sample sizes are concerned, this one will be hard to ignore. During the 33-year period from 1985 to 2017, undocumented immigrants made up almost 5 percent of Arizona’s population, approximately 82 percent above the national average and 5th among all states.

But when it comes to this particular state, there are no “sample sizes” here, no “residual statistical methodologies” employed. Why? Because this study deals with “the entire universe of cases,” or all 615,555 first and second most serious offenses processed by the Arizona Department of Corrections from January 1985 through June 2017.  . . .

As the Crime Prevention Research Center reported recently, DACA-aged illegal immigrants in Arizona were at least 142 percent more likely to be convicted of a crime than other residents of the state. . . .

A study shows that DACA-aged illegals are more likely to commit additional crimes and be jailed than citizens.  With all the news about the Deferred Action for Childhood Arrivals program being subject to a congressional deal, this latest bit of news points to a need to start separating good from bad DACA recipients in any amnesty for them. . . .

The crimes cited in the study are authentic thug-type crimes, such as murder, rape, robbery, and kidnapping, not the white-collar variety such as Social Security identification theft, which has an even greater subset of violators among illegal immigrants.

Two caveats should be noted from the report: the study covers only Arizona state, and its conclusions are a nationwide projection from those results.  Also, the study itself covers only DACA-aged youths, not actual verified DACA recipients.

That said, the research was done by the respected John Lott, whose work is known for its rigor.  And any youth of the right age who hasn’t applied for DACA would be a fool not to, given its 99% approval rate on applications.  There is reason to think there is merit in Lott’s claims.

This points to a problem we see again and again in DACA recipients: for every valedictorian proudly featured in the press among the program’s 800,000-strong bloc, we have far higher numbers of illiterates, underachievers, unassimilated non-English-speakers, dropouts, and repeat criminals. . . .

It should be noted, however, that a study by John Lott, using more recent and comprehensive state data, found that illegal immigrants are far more likely to commit crimes than lawful residents. . . .

DACA-aged illegals commit crimes at twice the rate of young Americans, says a comprehensive summary of crimes and convictions in Arizona during the past 32 years.

The report punctures claims by pro-amnesty advocates that young ‘dreamer’ illegals are vital to U.S. industry and civic life, and indicate that any amnesty will ensure that many more crimes — including murders and rapes — will be inflicted against Americans and legal immigrants, including Hispanics and blacks. . . .

As reported, Breitbart News spoke with John R. Lott Jr. at the Crime Prevention Research Center, in Alexandria, Va. The preparer of the report stated:

The data there shows the convictions for everybody who entered the prisons system from January 1985 through June of this last year … It just shows that certain groups are convicted at much higher rates than their share of the population …  [roughly 75 percent] of the crime committed by undocumented immigrants or illegal aliens is committed by those who are 15 to 35 years of age.

Northern Arizona congressman Paul Gosar has posted several memes on social media this week that are sure to stoke the immigration debate.

a new study by criminologist John Lott. It finds that illegal aliens commit crimes at a disproportionate rate relative to their share of the population.

Lott’s study is based on data from the state of Arizona. His team examined data on all prisoners who entered the Arizona state prison from January 1985 through June 2017. . . .

A new report published by expert criminologist John Lott lays waste to the long-standing lie peddled by open-borders advocates that crime rates are low among illegal aliens. Part of the reason it has been so hard to prove conclusively what everyone sees in their communities is that most crime is dealt with at a state and local level, and most states don’t have uniform data on the immigration status of criminals processed through their systems. Lott is the famed author of “More Guns, Less Crime,” who now runs the Crime Prevention Research Center. Milton Friedman once said of John Lott that he “has few equals as a perceptive analyst of controversial public policy issues.” . . .

A common mantra among liberals desperate to bring in more Democratic voters and pro-immigration conservatives desperate to give Big Businesses the cheap labor they desire, is the so-called “fact” that immigrants, even illegal ones, commit way less crime than native-born Americans.

But Fox News’ Brit Hume has a truth-bomb for them that’s likely to blow their worldview to smithereens.

In a tweet Friday, Hume linked to a newly released paper by noted researcher John Lott of the Crime Prevention Research Center. The research used recently released Arizona prisoner data from 1985 through June 2017 and was actually able to distinguish between illegal and illegal non-U.S. citizens. . . .

But back to Arizona, where “illegal immigrants commit two-and-a-half times as many murders as American citizens do,” according to Carlson, and “overall, they’re about twice as likely to be convicted of crimes of all kinds.” It’s unclear where he’s getting this data, but it may be a study from John Lott at the conservative Crime Prevention Research Center. That study found “the murder and manslaughter rate for illegal immigrants is 2.7 times higher” in Arizona, but The Washington Post also included the following while discussing the findings:

“Lott’s review appears to be unique — no other comparable research on state correctional data has been conducted — and an outlier, since the majority of other studies have come to diametrically opposite conclusions, including those in peer-reviewed publications. . . .”