Dr. John Lott was interviewed by Turkish Television’s World about the fifth anniversary of the Sandy Hook attack. The above video shows just a portion of the segment that was shown on TV. Lott’s discussion that we need to learn the dengers of gun free zones was not included in what was broadcast. Nor was his discussion on all the mass public shootings that have been stopped by concealed handgun permit holders included. Most of the interview was with a gun control advocate.

The rest of the video for TRT’s segment (containing a long interview with a gun control advocate) is available here. 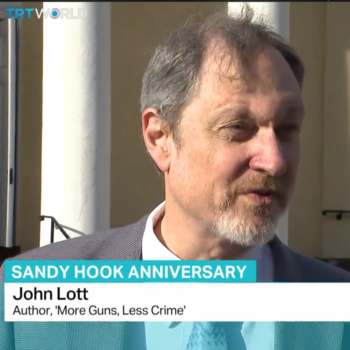