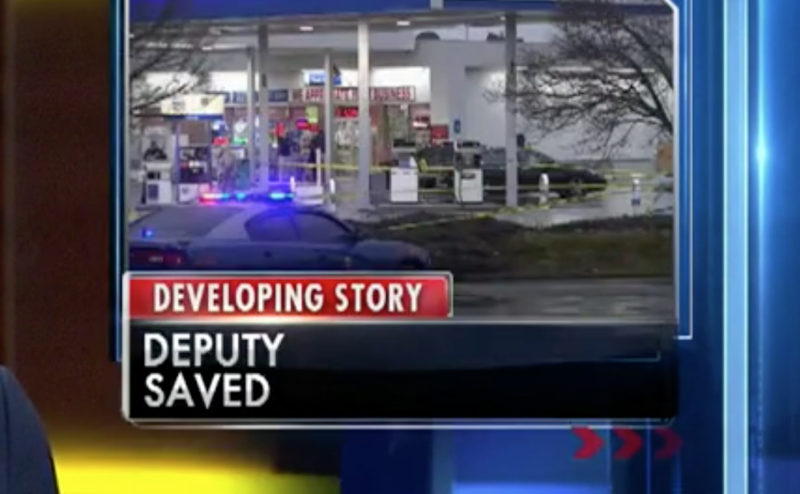 A sheriff’s deputy was assaulted by a homeless man after the deputy had given the man a ride to try to help him out.  The deputy was in the process of giving the man some money when the deputy was attacked.  Fortunately, according to the Atlanta Constitution, a “bystander stopped her car and shot the suspect,” with her wounding him and saving the deputy sheriff’s life.  Both the videos here have the Dawson County Sheriff Jeff Johnson praising the woman who came to the rescue (Fox 5 in Atlanta and WSB-TV Channel 2).

In the Fox video, Aseem Khan, the store owner, who witnessed the attack on the deputy, said that if it wasn’t for the woman permit holder, the attack “could have been much worse.”

After his assault on the deputy, the wounded attacker ran to a nearby MacDonald’s and struck an elderly woman in the head and apparently attempted to steal her car.  At that point, other people came to the elderly woman’s aid and restrained the attacker.

The deputy and the elderly woman were taken to the hospital to treat their wounds.