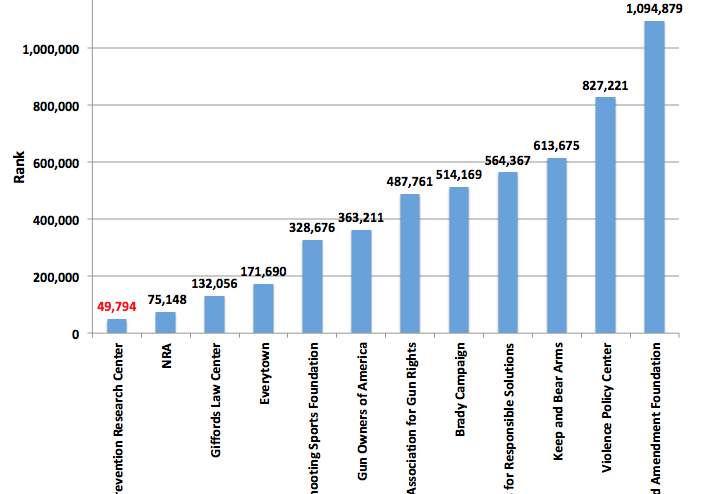 CPRC’s website gets more traffic around the world than the NRA, Everytown, Brady Campaign, GOA, and many others

While the CPRC covers many crime issues besides gun control and our budget might be a tiny fraction of the budgets for groups on either side of the debate such as Michael Bloomberg’s Everytown for Gun Safety, the Brady Campaign, and Gun Owners of America, our research is getting more attention, at least as measured by website traffic in the US and around the world (Alexa rankings can be found here).  There is a real demand for the accurate, data-driven research that the CPRC does.

Worldwide, the CPRC is ranked 49,794 (where 1 is the top-ranked site).  We are significantly ahead of the NRA (75,148) and Bloomberg’s Everytown (171,690).  Obviously, those groups will argue that a comparison among US directed websites is a better measure of their impact, but, with the exception of the NRA’s site, we still do extremely well by that measure. 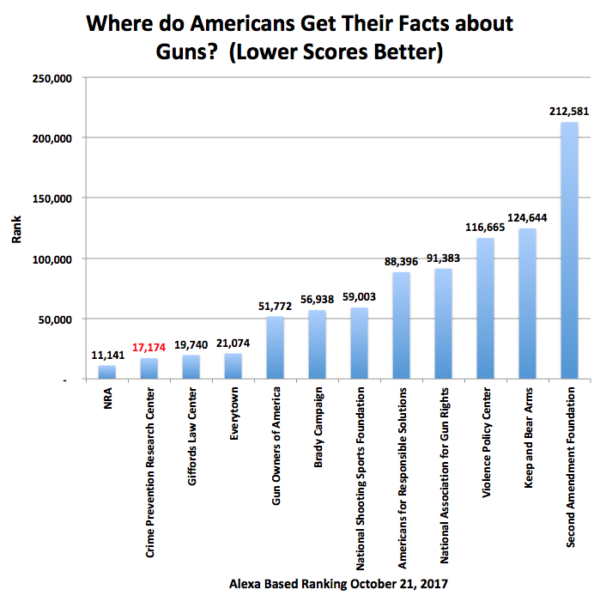 While our website has a rank of 17,174 for the US as of October 21st, amazingly Everytown was only at 21,074 despite an annual budget of around $50 million and the massively favorable news coverage they receive.  Even over the entire world, we are generating more interest than Everytown, and we are well ahead of the Brady Campaign and Gun Owners of America.  The CPRC also out does Giffords Law Center (formerly Americans for Responsible Solutions) (19,740), the Second Amendment Foundation (212,581), National Shooting Sports Foundation (59,003), and Keep and Bear Arms (124,644).  However, while we are ranked 17,174 in the US, the NRA is ranked at 11,141, our budget is obviously just a tiny fraction of theirs.

The CPRC also does extremely well compared to other think tank operations.  The Urban Institute with a staff of about 450 people is more successful in its US ranking 14,576, but we are well ahead of them in our worldwide ranking since they are at 73,100.  The Center for American Progress with a budget of $10 million ranks at just 51,031 in the US, Competitive Enterprise Institute with a budget of over $7.4 million ranks at 83,457, Heartland Institute at 81,042, the Manhattan-Institute at 101,710, and the Family Research Council at 33, 385.

Over the last month, we have had over 200,000 unique users.  About 63% of our visitors are from the US.  Not surprising given the earlier charts, we get a much higher percentage of our visitors from foreign countries than any of these other blogs.  The NRA and Everytown get 86% and 95% of their hits from the US. 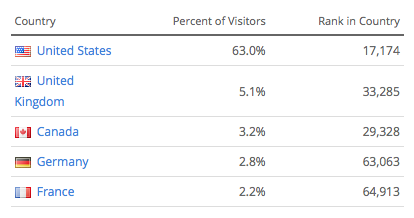 Who are the people who go to our website?  Our readers are relatively young. with 61% under age 35, and we are able to reach both men and women.  From Alexa: 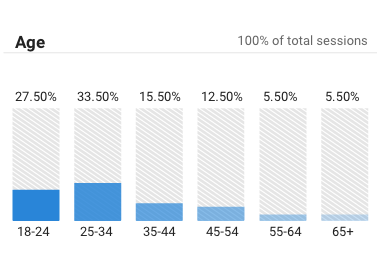 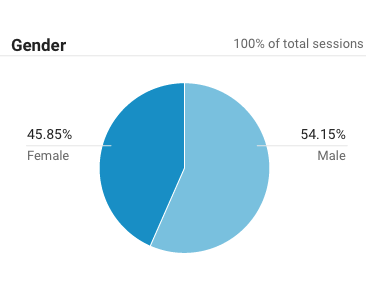 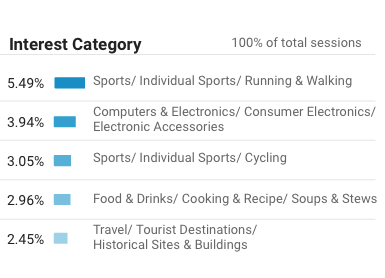 The results using Alexa are shown below. 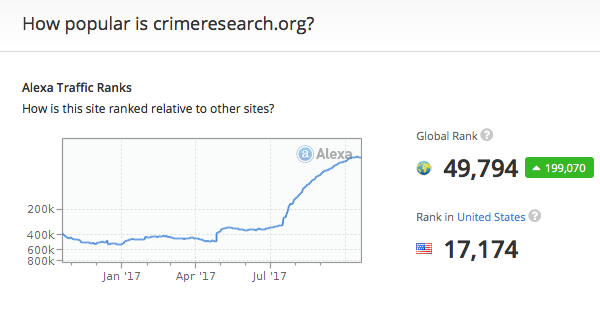 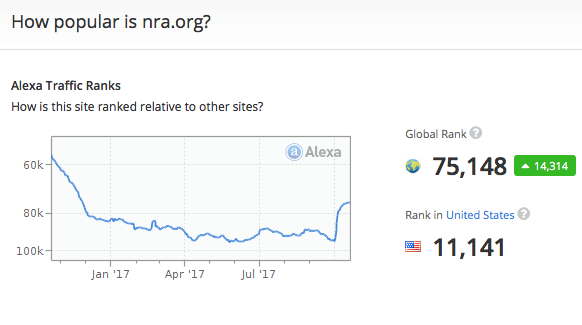 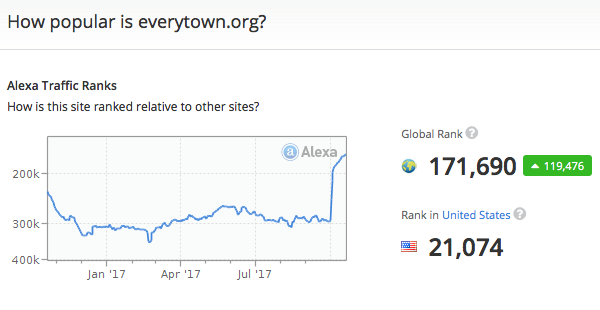 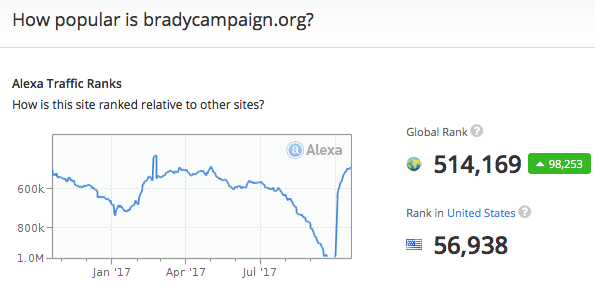 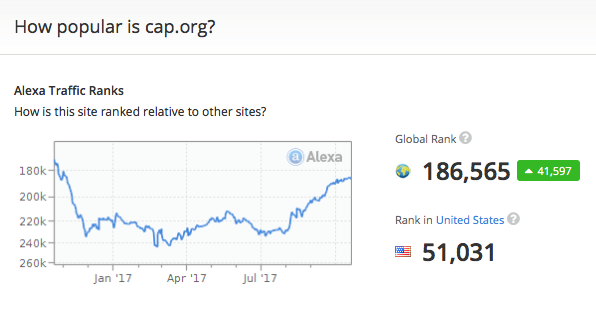 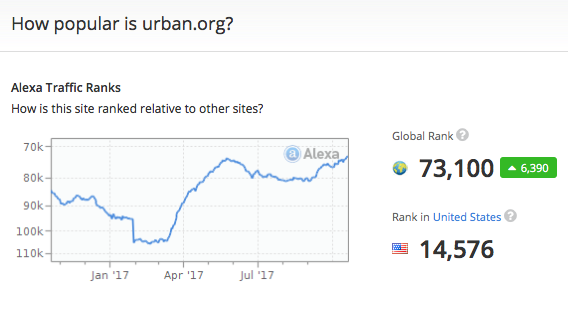 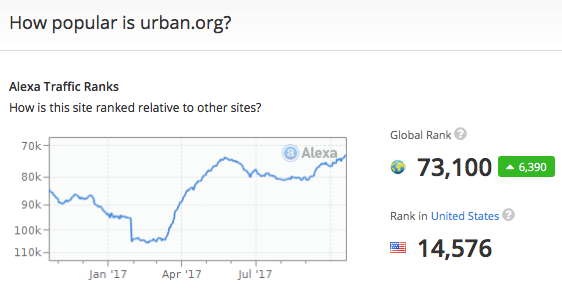 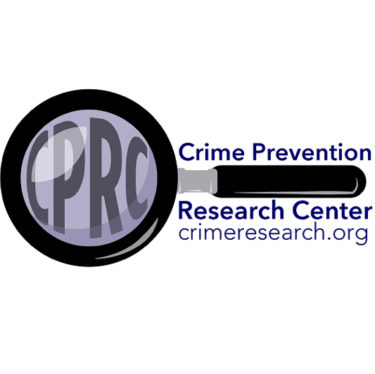 Please use this link when buy from Amazon on Cyber Monday 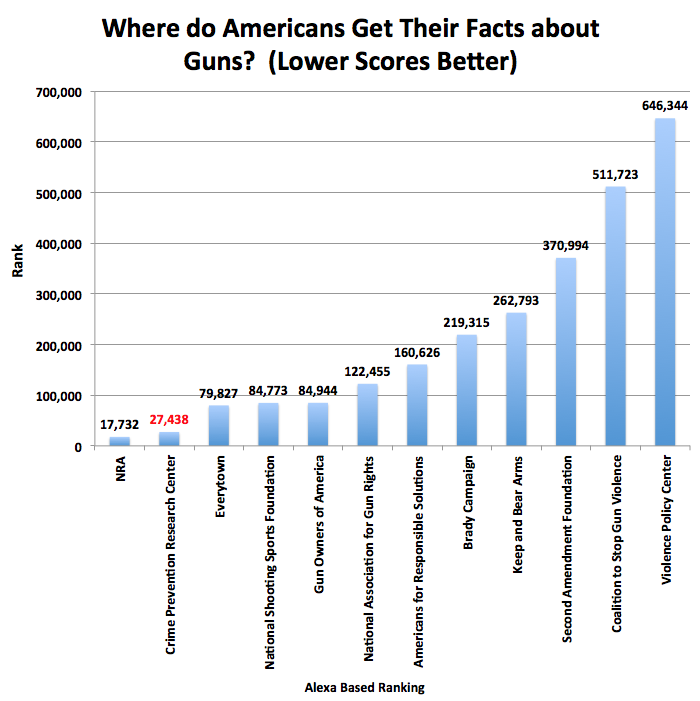 CPRC’s website wins award for one of the best crime blogs, gets more traffic in US than Everytown and many others 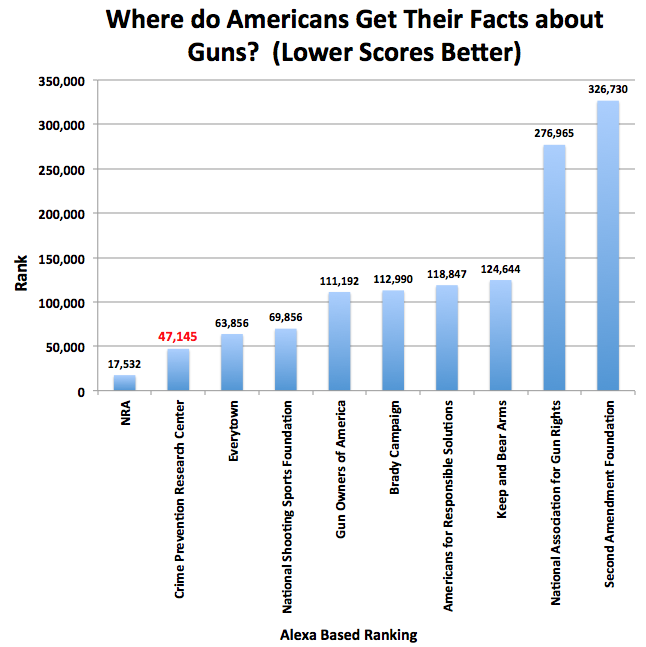 CPRC’s website gets more traffic in US than Everytown, Brady Campaign, GOA, and many others