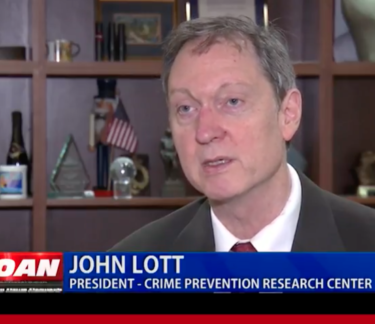 On the One America News Network: “Concealed Carry Permits Hits All Time High”

From One America News: “A new report shows gun ownership appears to be more popular than ever in America. One America’s John Hines has more from Washington.”  The reporter mangles the name of the Crime Prevention Research Center, but that is the only mistake in the segment.